Olugbenga: "Growing Up Going to Church in Nigeria, You Learn to Sing & Dance in Polyrhythms From the Start" 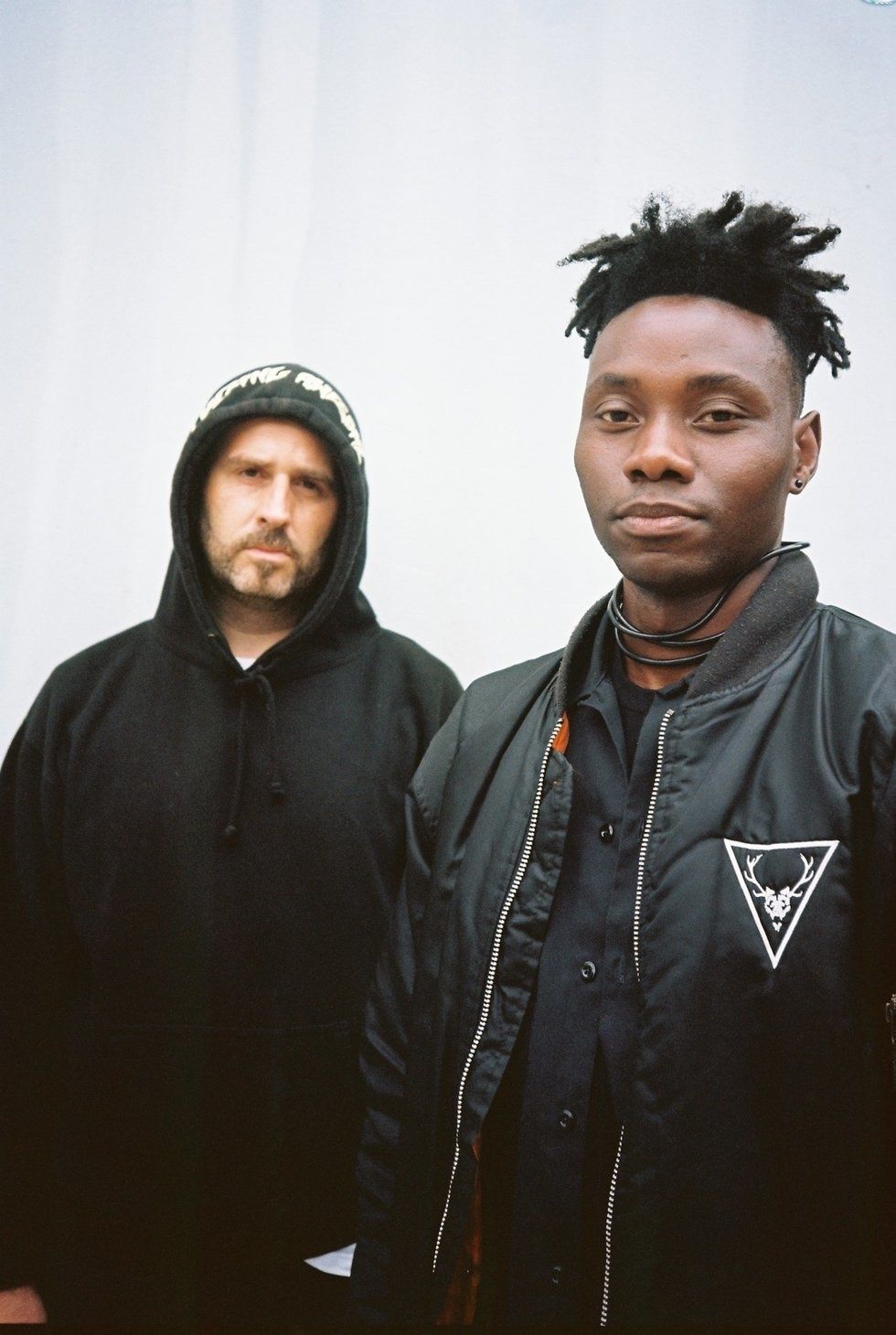 We talk to the musician about the politics of accents, his dual background, the World Cup and much more ahead of his performance with Metronomy at NYC's Full Moon Fest.

The UK-based Nigerian splits his time between playing bass for the UK electronic group Metronomy and working on his own outlets like the newly formed Eku Fantasy. He's also done production for projects like Solange's latest masterpiece, A Seat at the Table,

We caught up with the UK-Nigerian artist over e-mail to talk about the politics of accents, his dual background, the World Cup and much more.

You recently started a new project, Eku Fantasy, with a song that asks "Where Is Your Accent From?" Tell us more about where that question came from.

I remember being a kid in Nigeria and seeing something on a documentary about The Beatles. Probably grainy footage from the first Ed Sullivan show performance. My dad went to university in Manchester and is a big fan of the early Beatles stuff, but this was the first time I'd heard of them 'cause we didn't listen to their music in the house. After talking about the Lennon-McCartney duality the next thing he mentioned their accents and how unusual it was then for people with 'Northern' accents to be so successful.

Nigerians when I was growing up were kind of obsessed by accents. There was status attached to how well you could speak English and part of that was minimising your Nigerian-ness when you spoke. At school we had teachers with pronounced regional accents, perhaps people who had started speaking English later in their lives. We would make fun of them between classes. I feel bad about that now.

There are certain expectations that we have when we see people. Then they speak and those expectations are usually confounded in some way.

How does having both strong UK and Nigerian ties influence your music?

I think it's just meant I started out with broader musical horizons. I didn't start out with the classics of Western rock and then 'discover' afrobeat when I started going a bit deeper with my listening. Plus, growing up going to church in Nigeria you learn to sing and dance in polyrhythms from the very start.

How does your Nigerian background influence your work with Metronomy?

It definitely influences my playing, but I'd say in the Metronomy context, Joe Mount's songwriting and the interplay I have with Anna on drums are a bigger influence than anything else.

Have you guys played Full Moon Fest before? What do you expect?

We haven't, no. We always have a very fun time in New York, though. We can never quite shake the feeling of not being sure how many people (if any!) will show up and are usually pleasantly surprised. The lineup for Full Moon looks great, though. I'm particularly up for seeing James Murphy DJ with his Despacio soundsystem.

Who else are you looking forward to checking out on the line-up?

I'm curious about seeing Whitney. They have a song that gets played a lot on BBC 6Music. I'm showing my mid-30s-ness when I say that is often how I hear new music these days, haha.

What music are you listening to these days?

This will seem odd, but the thing I have been listening to the most in the last year is the soundtrack to the first Donkey Kong Country game on the Super Nintendo. I originally dug it out because I wanted my son to listen to some electronic music that was fun and lighthearted, but I had actually forgotten the sonic and emotional range of all the different tunes. It's a true masterpiece, especially when you think how limited a palette they had to work with.

And I'm still listening to Lemonade. It remains a heartbreaking work of staggering genius.

Are you watching the World Cup, what do you think of the Super Eagles and the Three Lions' performances? Who;s Favorite players?

I am watching as many games as I can in between looking after my two young kids and working on music, yeah. My Super Eagles have won the World Cup of Kitsand have loads of talent but need to find consistency. Our win against Iceland was definitely a World Cup memory to cherish.

England are England. Promise much, and should do very well. But the players all seem inhibited by the psychological weight of that England jersey. In terms of players, I have a soft spot for Aleksander Mitrovic of Serbia 'cause I'm a Newcastle United supporter. Mitro is a loose cannon, but always fun to watch.

What can people expect for the Metronomy set at the festival?

Come prepared to dance. The current set is a big party without many pauses to catch breath or chat. There might be a couple of sneak peeks at songs from the next Metronomy album too.

What's in the works for Metronomy for the rest of the year?

We have festival shows for the rest of the summer and then go into hibernation for a bit. Joe is hard at work on the next Metronomy album and it is sounding very good indeed.

For your own projects?

There is going to be more Eku Fantasy stuff too. A remix EP at the end of the summer and then our second EP of original tunes around October time.