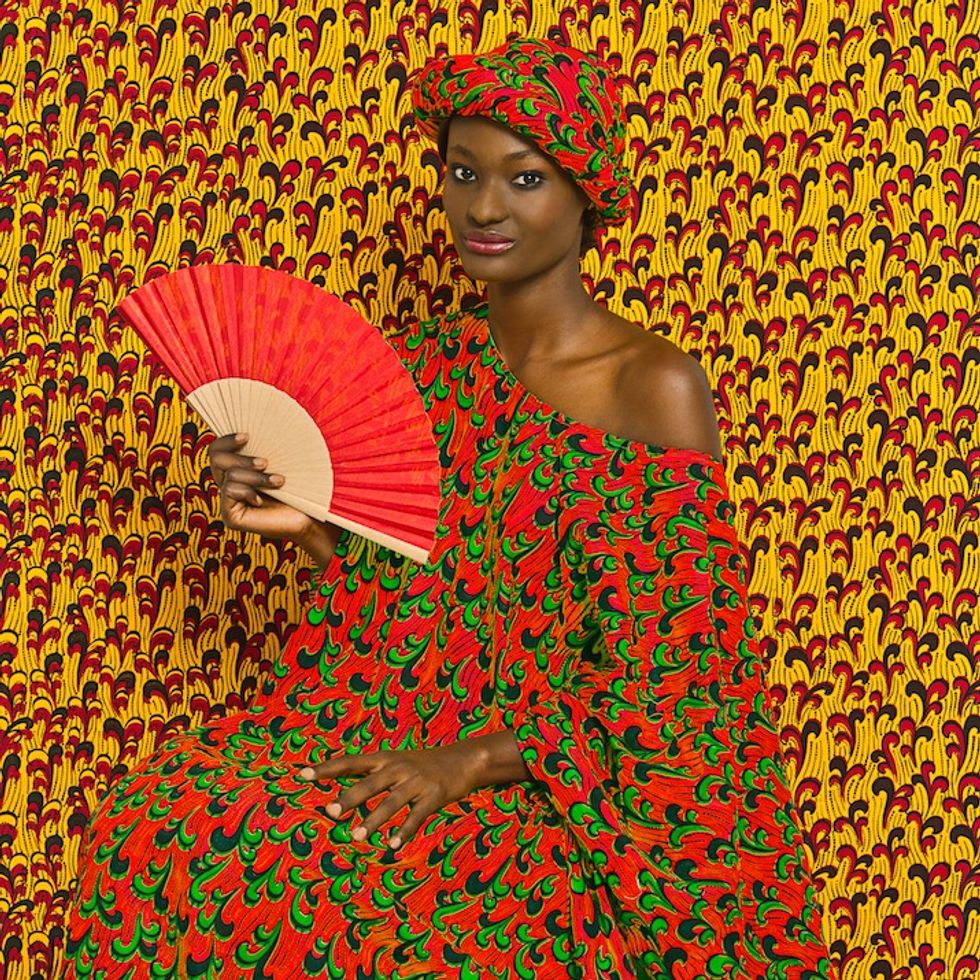 Entering the creative maze is relative easy, but finding your path and signature requires talent, patience and work. With the sparkling eyes and bright smile of those who have flourished in their field, Senegalese photographer Omar Victor Diop keeps creating buzz around his work with his different projects. The Parisian institution La Maison de l'Afrique hosted a reception for the opening exhibition from the man in constant demand, presenting a dynamic display of Diop's incredible work. Two different projects were featured: "Le Futur du Beau" (2011/2012) and "Le Studio des Vanités" (2013). The first project addresses an aesthetic revolution where people would have to wear their own waste, while the latter is a series of portraits of the new generation of young African creatives.  The exhibition will last for a few months, ending on September 6. Lots of people showed up to the opening to view and support Diop's work, it was a clear success and we're sure of his future impact on the French crowd. In the meantime, scroll through our gallery to view a few pictures from both projects. If you want to talk about it, tweet @okayafrica with #omarvictordiop.