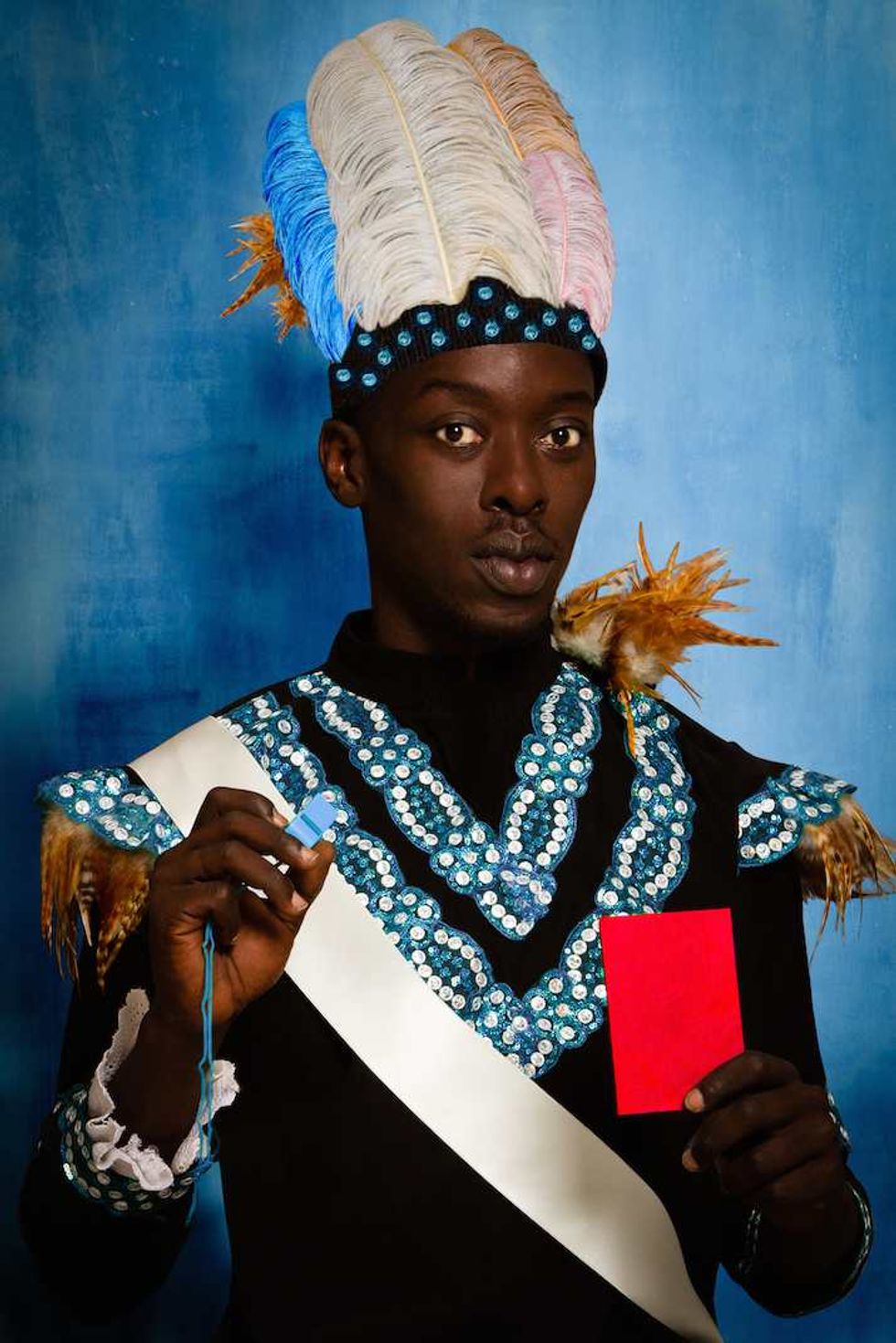 New work from Omar Victor Diop, the Senegalese photographer behind the striking [re-]Mixing Hollywood (Onomollywood), Le Futur du Beau and Le Studio des Vanités projects, is always a cause for excitement. The artist returns this month with a photo series to debut at the 1:54 Contemporary African Art Fair, which opens today in London. In a twelve-image set titled Project Diaspora, Diop showcases his penchant for vibrant colors and highly stylized portraits while again delving into the conversation about representation of Africans on the world stage.

This new body of work presents a slight departure from the artist's earlier fashion and fine art portrait photography, as for the first time, Diop himself is featured as the sole subject. According to Diop, Project Diaspora seeks to explore two major themes of identity and discovery and was conceived during a four month residency in Malaga, Spain, where he was confronted with the reality of his "otherness." For each self-portrait, Diop mimics original paintings of notable African men in European history while using football equipment as props. Diop explains a shared paradox between footballers and the original men in his portraits in an artist's statement which mentions that he chose to reference football "to show the duality of living a life of glory and recognition," while facing the challenges of being "other.”

With this project, which he told Okayafrica is a "sort of visual pilgrimage through Art history," Diop seeks to explore his own development as an artist and rectify the misconceptions of an all-white Europe by highlighting a historically accurate African presence. This first installment of the series focuses specifically on Africans in European history from the 15th through the 19th century, however Diop plans to expand the project to include the Middle East, Asia, and the Americas.

Omar Victor Diop's Project Diaspora is on display at the 1:54 Contemporary African Art Fair at London's Somerset House from October 16-19, before opening at Paris Photo (November 13-16).