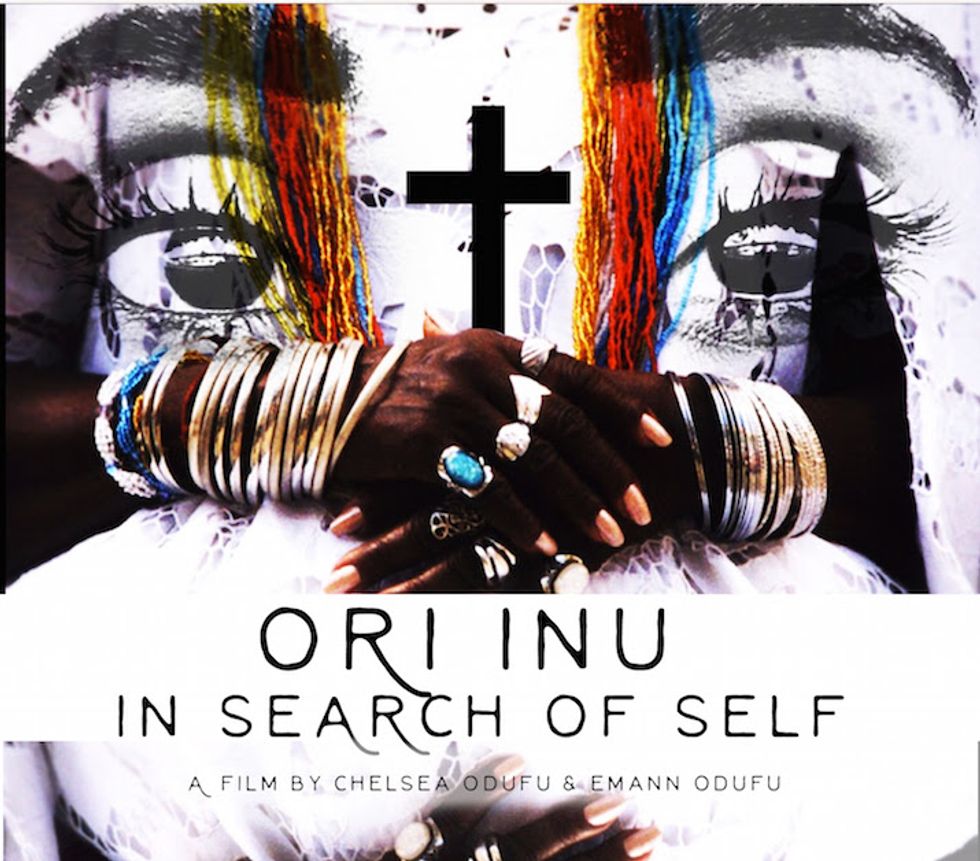 Ori Inu: In Search of Self is an afrofuturistic coming-of-age drama from the minds of Newark, New Jersey-based siblings Chelsea and Emann Odufu. Currently in post-production, the short film tells the story of a young immigrant woman (Natalia Diaz, played by Helen Beyene) who must choose between conforming her identity and spirituality to America's cultural norms or revisiting her roots in the Afro-Brazilian religion known as Candomblé.

"Natalia’s journey in search of self through spiritual and deep connections to her African ancestry is one that can be related to the journey of many African diasporic people," writes Chelsea Emann in her director's statement. "Many are choosing to connect with their spirituality through the practices of their ancestors and find it an empowering experience which creates a sense of connection with the past, which for many African diasporic people is very blurred due to the after effects of slavery."

Earlier this month, the Ori Inu team held a party and fundraiser at the Museum Of Contemporary African Diasporan Arts (MoCADA) in Brooklyn to celebrate the film's official trailer release with a night of live paintings, dancers, drummers, a panel discussion and a performance by the rising New York-based duo OSHUN (who feature in the film along with the iconic 'Afropean' sisters Les Nubians).

Following the event and trailer release, the film's producer, Emann Odufu, shared an update with Okayafrica:

"The Ori Inu Film team is still in the midst of its Kickstarter campaign and need your support to finish their film. The film tells the immigrant story in America from a perspective that is far too often forgotten and ignored, the perspective of the immigrant black woman. Further, it advocates for religious freedom and for a society that is open to non-conventional ideas on how one chooses to live his or her life. For years the film industry in the US has been a male dominated industry and films about black women created by black women have continually found it hard to get mainstream support. Further Ori Inu was created by our youth who came together to make a piece of art that empowers them and celebrates their love of their culture, ancestry, and identity. Ori Inu is a practice in self love and self exploration in a time when these messages are needed more than ever in the mainstream media. This is why it is crucial that Director Chelsy O's film Ori Inu: In Search Of Self is made. We are sure after you check out ther trailer that you will feel the same way. Please check out her kickstarter and support these young millenials in their quest to find themselves and make positive change in the world. They are depending on your financial support to finish to this amazing film."

Watch the film's first trailer below along with photos from the release party at MoCADA in Brooklyn. Keep up with Ori Inu on Facebook/Twitter/Instagram. For more, read Emann Odufu's op-ed on Afrofuturism & Spirituality in his film.

On Tuesday, September 22, filmmakers Chelsea and Emann Odufu will be speaking on the web series CWS Journeys - Conversations With Selwyn for an in-depth, hourlong interview on Ori Inu, black women in the film industry, "Black Spirituality Matters," afrofuturism in film and more. The show starts at 8:30pm EST.

For information on how to support 'Ori Inu: In Search of Self,' head to the film's kickstarter page.

Photos from the Ori Inu: In Search of Self trailer release party, September 12th at MoCADA in Brooklyn. All images courtesy of the filmmakers. Photos by Florby Dorme, RaeAnn Walters and Xavier Polk.