This Extravagant League Of Kenyan Grannies Is The Ultimate In #SquadGoals 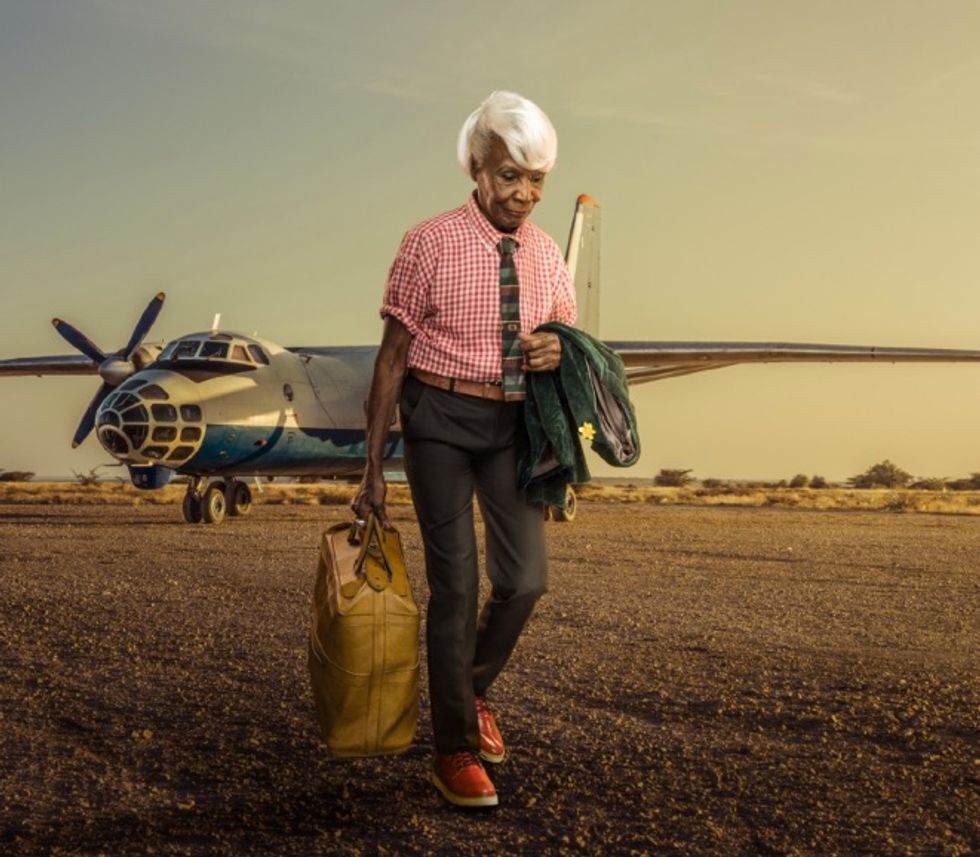 Kenyan photographer Osborne Macharia is about to break the internet with his photos of retro grannies bringing straight fire to Somalia.

Big up to African Digital Art for putting us on to Kenya’s League of Extravagant Grannies. NYANYE, the latest editorial from Kenyan digital photographer Osborne Macharia, tells a fictional story of badass grandmas bringing straight fire to Somalia. In other words, it's the ultimate in #SquadGoals.

“This is the story of Kenya’s League of Extravagant Grannies who were once corporate and government leaders in the 1970’s but are now retired. They now live the retired high life travelling to exotic and remote areas within Africa to explore, party and enjoy in exclusivity.

We managed to catch up with 3 of them in Somalia soon after they landed. Little is know about them till now…..”

In a making-of video, stylist Kevin Abbra says he was going for "retro-vintage."

Born and raised in Nairobi, Macharia began his career in architecture before switching to his true passion, photography. He’s worked as a commercial photographer ever since while also carrying out personal projects, like Extravagant Grannies.

Okayafrica previously spoke with Macharia about his playful Kenyan schoolyard-inspired photo series, Afro-Juba. “I honestly have no words to describe my style,” he admitted. “Some say it’s ‘a mixture of CGI and photography’ while others say it’s ‘photography with a painted effect bordering on illustration,” he told us.

Keep up with Macharia on Behance and head here for a full portfolio of his work.

Osborne Macharia: "MRS. S WERE - FORMER ECONOMIST AND PERSONAL ADVISOR TO THE PRESIDENT (1972-1992)"