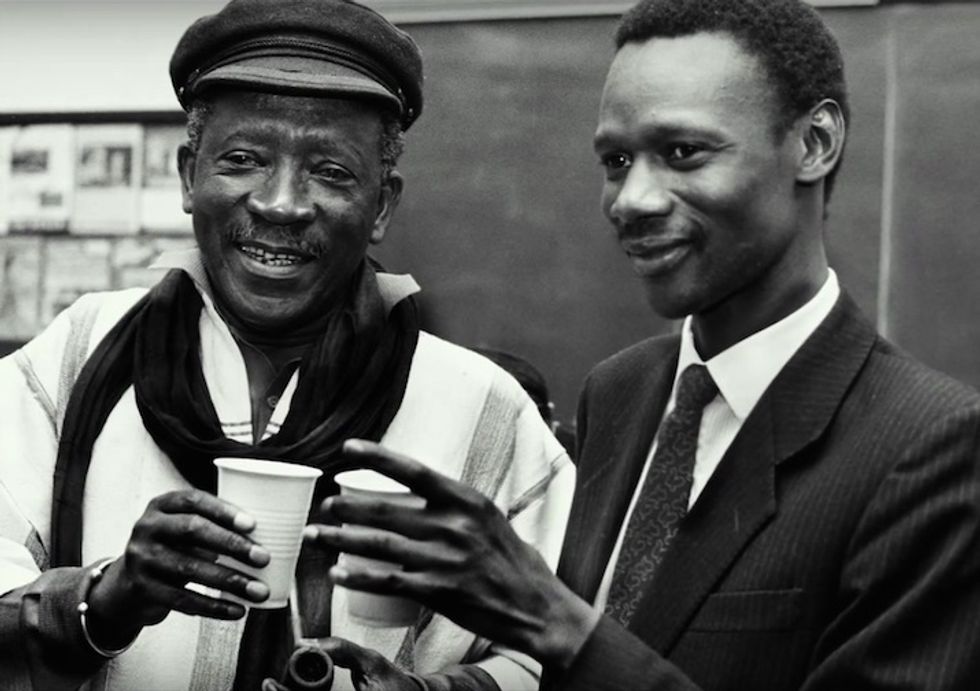 “I will not let Sembene be forgotten.”

So says Samba Gadjigo, co-director and narrator of a new feature-length documentary about his colleague and close friend, the late Senegalese filmmaker Ousmane Sembene.

An official selection at the 2015 Sundance and Cannes festivals, Gadjigo and Jason Silverman’s Sembène! weaves together archival materials, new footage, animation and clips from Sembene’s films as it tells the story of the self-taught novelist and filmmaker’s rise from dockworker and fifth grade dropout to the “father of African cinema.”

In the first of the two videos, we see a glimpse of Sembene’s unrelenting work ethic.

“I am not unpleasant,” we hear the filmmaker say. “This is how I was born. It is others who see me as unpleasant.”

Meanwhile, the scene soon switches to Gadjigo reflecting on the self-destructive nature of his friend’s methods. “Sembene could not see," he says. “At every step he was on the brink of falling because he did not know where to put his foot. Although he was surrounded by far younger people, he outworked them.”

He adds, “I told him I think that you should take a break. He said, ‘After I die, I’ll have plenty of time to rest. Let’s go to work’.”

In another instance, we watch as Sembene films the reenactment of a young girl’s circumcision. For Sembene, “two minutes of her tears”–what the rest of his crew was deeming torturous–was justified if it meant “washing out the pain millions of girls are going through.”

In the second of the two clips, the film sheds light on Gadjigo’s relationship with Sembene and his seventeen years as Sembene’s “guide.” Setting up events with the auteur and his films at universities and festivals around the world, Gadjigo–Sembene’s official biographer–says he would always bring a video camera with him.

“I think when he came here, he just realized he was valued more outside of Senegal than back home,” says Gadjigo. “He had lost some self-confidence. Sembene gave me a second look, and he basically saw this young enthusiastic African scholar as a resource.”