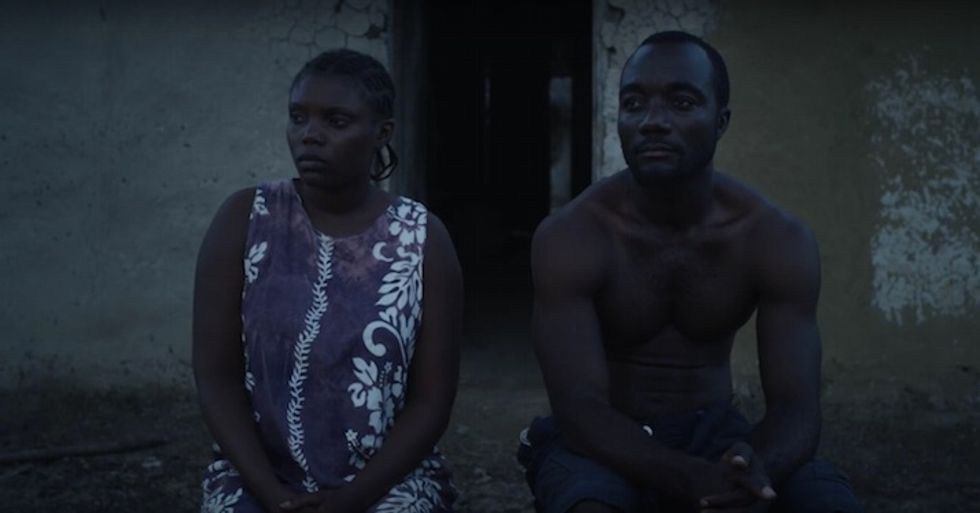 Watch an exclusive clip from the Liberian migrant drama 'Out Of My Hand' ahead of the film's release through Ava DuVernay's Array collective.

“I always wanted to see New York with my own eyes,” says Cisco (played by Bishop Blay) in Takeshi Fukunaga’s Liberian migrant drama Out Of My Hand.

The film follows the struggling Liberian rubber plantation worker who, in the aftermath of a workers’ strike and a failed attempt at unionization, moves to Staten Island’s close-knit Liberian community and starts a new life as a New York City cab driver.

Fukunaga, a 33-year-old Japanese filmmaker based in Harlem, shot the first half of the project in Liberia with an all Liberian cast. For many of the actors, this was their first time being involved in film. The project also happens to be the second narrative feature film shot in Liberia by a foreign production.

Liberia, the themes I’m trying to relay through this story are universal,” Fukunaga writes in his director’s statement. The film's writer, director, editor says he believes that his outsider’s perspective allowed him a unique opportunity to find “universal points of connection between the Liberian people and the rest of the world.”

In February, the film had its world premiere in the Panorama section at the 2015 Berlin International Film Festival, and in June it won the Grand Jury Prize at the Los Angeles Film Festival.

This week, Out Of My Hand hits U.S. theaters as one of two feature-length films to be released in November by Ava DuVernay’s recently relaunched Array collective, a Los Angeles-based film distribution company dedicated to propelling independent films by people of color and women filmmakers.

Says Array’s Executive Director Tilane Jones, “AYANDA and OUT OF MY HAND are films that represent the breadth and width of diverse filmmaking. A drama dissecting love in all forms directed by a South African woman and a story of migration and masculinity directed by a Harlem-based Japanese man, both starring all-black casts, prove to be a powerful duo.”

Ahead of Friday’s release, we’re excited to premiere an exclusive clip from Out Of My Hand. Watch below.

Opening week theatrical releases for Out of My Hand and Ayanda:

One-night tour engagements for Out Of My Hand: