Owiny Sigoma Band's Vibrant Kenyan Visuals For 'I Made You, You Made Me' 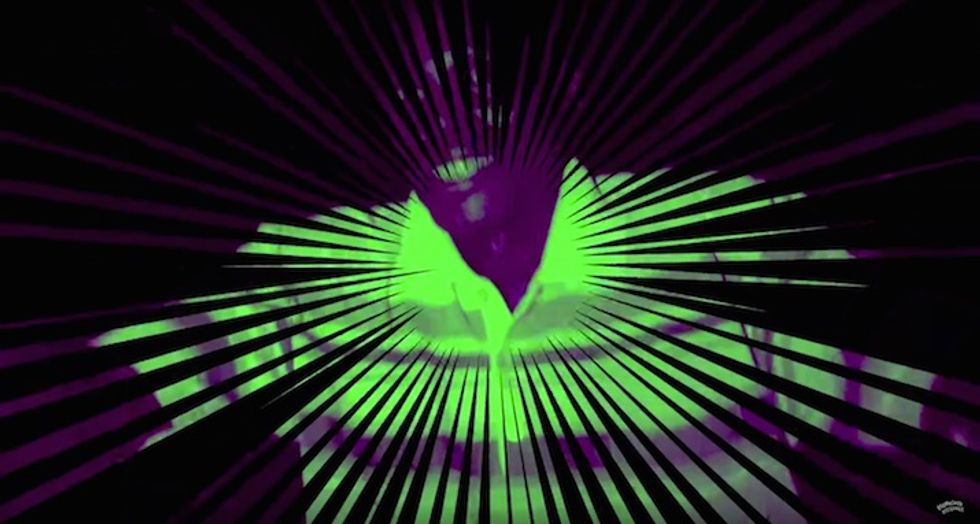 Watch London-Nairobi collective Owiny Sigoma Band's hypnotizing video for "I Made You, You Made Me" off their new album 'Nyanza.'

London-Nairobi collective Owiny Sigoma Band recorded their new album in the Nyanza province of Western Kenya, where they composed 12 tracks that blend the traditional Luo instrumentation of band members Charles Owoko (percussion) & Joseph Nyamungu (nyatiti) with UK sounds. "I Made You, You Made Me," the latest single off Nyanza, is a guitar-laced tune inspired by both the birth of keyboardist Jesse Hackett's daughter and the uplifting songs the group heard emanating from churches and Kenyan radio while recording their LP. Like the track, its accompanying Kenyan-shot music video is a colorful and hypnotizing exercise in jubilation. Watch the visuals for "I Made You, You Made Me" below and check out Owiny Sigoma Band's recent Africa In Your Earbuds mixtape. Nyanza is available now through Gilles Peterson‘s Brownswood Recordings.