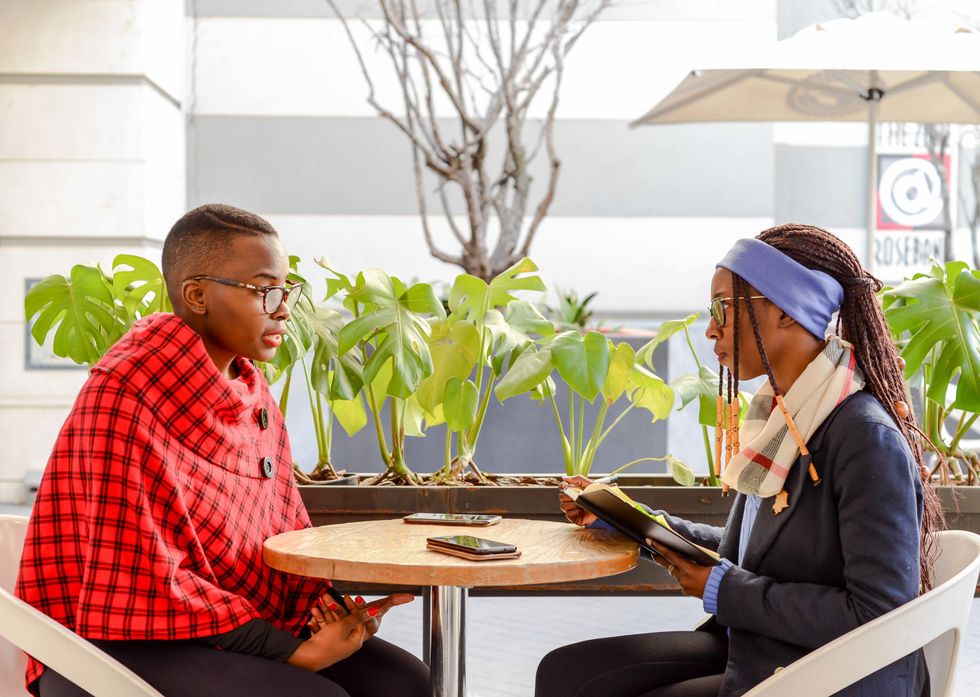 We speak to the Zimbawean writer about the themes in her latest book 'These Bones Will Rise Again.'

Panashe Chigumadzi approaches through the hustle and bustle of Johannesburg, clad in fitted athleisure wear. As soon as she spots the photographer, she insists we go and find a more camera-worthy outfit.

"Once a picture is on the internet, it's there forever," she says.

Chigumadzi is warm and admirably self-assured. Given her success, the Zimbabwean-born, South African-raised writer has every reason to be. The 27 year-old founder of Vanguard Magazine is well known both at home and abroad and was even featured on our 2016 list of 8 most influential black women South African Writers.

She has written for several publications including the Sunday Times, The Guardian and The New York Times and is the author of the novel Sweet Medicine. After finding a beautiful red and black cape, we sit down for the interview.

Chigumadzi's new book These Bones Will Rise Again was inspired by Alice Walker's essay In Search of Our Mothers' Gardens and focuses on the figure of Mbuya Nehanda, a spirit medium who fought in Zimbabwe's liberation movement the Chimurenga. The book was a way for Chigumadzi to explore the complexity of black women, her country's historical past as well as a means to connect and honour her late grandmother.

During a chance meeting with renowned editor and publisher Ellah Wakatama Allfrey in June last year, Chigumadzi shared some of the academic research she'd been doing on Mbuya Nehanda and the ways in which she was used in the telling of different versions of Zimbabwe's history. The book was been extremely well received following its launch, even making it onto Thandie Newton's reading list!

What was the journey like from publishing your first first novel Sweet Medicine to These Bones Will Rise Again, a work of creative non-fiction?

After the "coup-not-coup" happened, Ellah called me and asked if I, as a "bornfree," might want to respond to this moment called "Operation Restore Legacy" by the military, saying she thought there was something about that conversation we'd had.

At the same time I was thinking a lot about the life of my grandmother Mbuya Lilian Chigumadzi who had just passed on. So I decided that if "Operation Restore Legacy" sought to restore the legacy of the liberation struggle, that is, the place of "capital C" Chimurenga or the state-centric mode of liberation, These Bones Will Rise Again would be a "restoration" "small letter c" chimurenga, an intergenerational mode of liberation that belongs to Zimbabwe's people, through an exploration of personal and national history.

So, you've written for quite a number of platforms, in terms of non-fiction but nothing quite like an entire book. Was it a daunting task to undertake?

Yeah, having to write what is essentially a long form essay of about 27,000 words was quite daunting. It was difficult because you want to make a coherent argument while telling a compelling story.

And I mean, right from the get-go, the title is quite interesting. What does it mean to you and why that particular title?

These Bones Will Rise Again, takes its inspiration from Mbuya Nehanda's famous dying words, "Mapfupa angu achamuka," or "My bones will rise again." Mbuya Nehanda was a spirit medium and leader of one of the first major anti-colonial uprisings in Zimbabwe, what is known as the First Chimurenga of 1896 to 1897. For this role she was captured and executed by the British South Africa Company.

Do you think the stories of Mbuya Nehanda as well as the Chimurenga Wars, have become forgotten stories for a lot of Zimbabweans especially?

I don't know if Mbuya Nehanda and the first Chimurenga are forgotten so much as there's a distortion of them because Mbuya Nehanda herself has always been and continues to be invoked. Grace Mugabe, for example, said at that September 2017 rally where she also went on to humiliate then Vice President Mnangagwa seated behind her, that she sees herself as the "representing" Mbuya Nehanda, essentially saying that she's her medium.

So, I'm going to quote our fellow creative Tsitsi Dangarembga. Her comment with regards to your book, because I thought it encapsulated how I experienced your work as well. So she says, "Chigumadzi's exploration of personal, family, and national history reincarnates in stark, vivid images, many of those interred in the shadows of her country's 'Big Men'." Who, would you say, are these so-called 'Big Men'?

You spoke about going to Zimbabwe, being with your grandmother throughout the writing process. What are some of the works of other authors or writers within fiction and non-fiction that have influenced this work that you've now produced?

There's so many. Firstly, Audre Lorde'sZami and particularly her concept of the biomythography guided me in trying to craft an understanding of what my grandmother's life might have been. There's the late Yvonne Vera. Her explorations of our history throughout her entire body of work - Nehanda to Stone Virgins to Butterfly Burning - is brilliant. Another book that was really important for me was Mhoze Chikowero's book about African music, being, spirituality and music. Listening to Stella Chiweshe, Thomas Mapfumo, Oliver Mtukudzi, as well as younger musicians like Winky D and Jah Prayzah, was important too. Sungura, which I also really love, is also important to listen to in order to understand where people's heads and hearts have been.

"If anything, I would want this to provoke us into wanting to take the time to speak and be with your grandmother or grand aunt or mother while she's still alive."

One thing I struggle with as a fellow writer is wanting to pen every single life experience onto paper and sometimes it doesn't really add to the story I'm trying to tell at the time. Did you struggle with that at all?

I did. I think that sometimes what allows me to just get over it is remembering that I have a whole writing life ahead of me so I don't have to put everything down in one project. It could very well work better for something else, so I have learnt to just keep things in my archives.

In your book you say, and this is perhaps my favorite quote: "My Shona is proficient, but not literary." And I think we've had this conversation before. You were born in Zimbabwe but largely raised here in South Africa. Would you say there was a reconnecting or reconciling with where you're from? Do you think you've better connected with the country's history?

It's a really complicated thing, but I think, especially as a result of this book I also feel more able to claim my 'Southern Africanness'. An understanding not just of how arbitrary these borders are—for example if it weren't for a 1922 referendum where Rhodesian settlers decided against joining the Union of South Africa, and instead became a "self-governing colony" there may have been no Zimbabwe to speak of, as well as learning of my grandmother's Nguni root as part of a broader understanding of how interconnected our social, cultural and political histories in the region are, has made it easier for me to claim both 'Zimbabweaness' or 'South Africanness'.

So on a final note, a lot of your readers are going to be from all over the continent, if not the world over and not just from South Africa or Zimbabwe. What are some of the things you want to be a take-home message for them?

A lot of people, particularly African people, people of African descent across the world, resonate with the dislocation of memories and histories lost and having to deal with those silences in our families. And so, if anything, I would want this to provoke us into wanting to take the time to speak and be with your grandmother or grand aunt or mother while she's still alive. Find out and take an interest in who they are and where they come from.