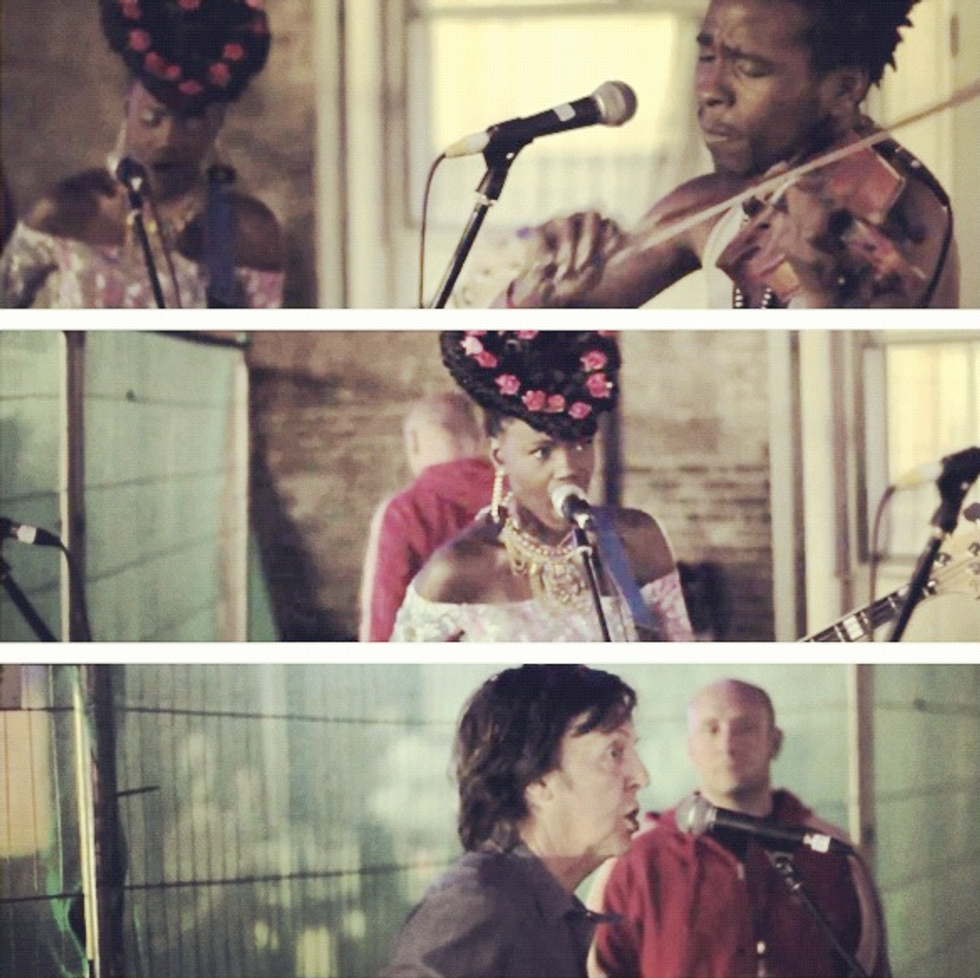 Sir Paul dropped by the Africa Express' final stop in London to croon and clap his way through a jam alongside the Noisettes’Shingai Shoniwa and violinist/singer Marques Toliver. Most attendants didn't even get to witness this as the impromptu performance took place backstage, while Damon Albarn, Baaba Maal, Amadou & Mariam, Tony Allen, M3NSA, Dead Prez' M1, Afrikan Boy, Led Zep bassist John Paul Jones and a host of others. The whole vibe is best summed up by Shingai near the end when she shouts "anyone who wants to jam, feel free, it's an open space." Watch McCartney and crew above.