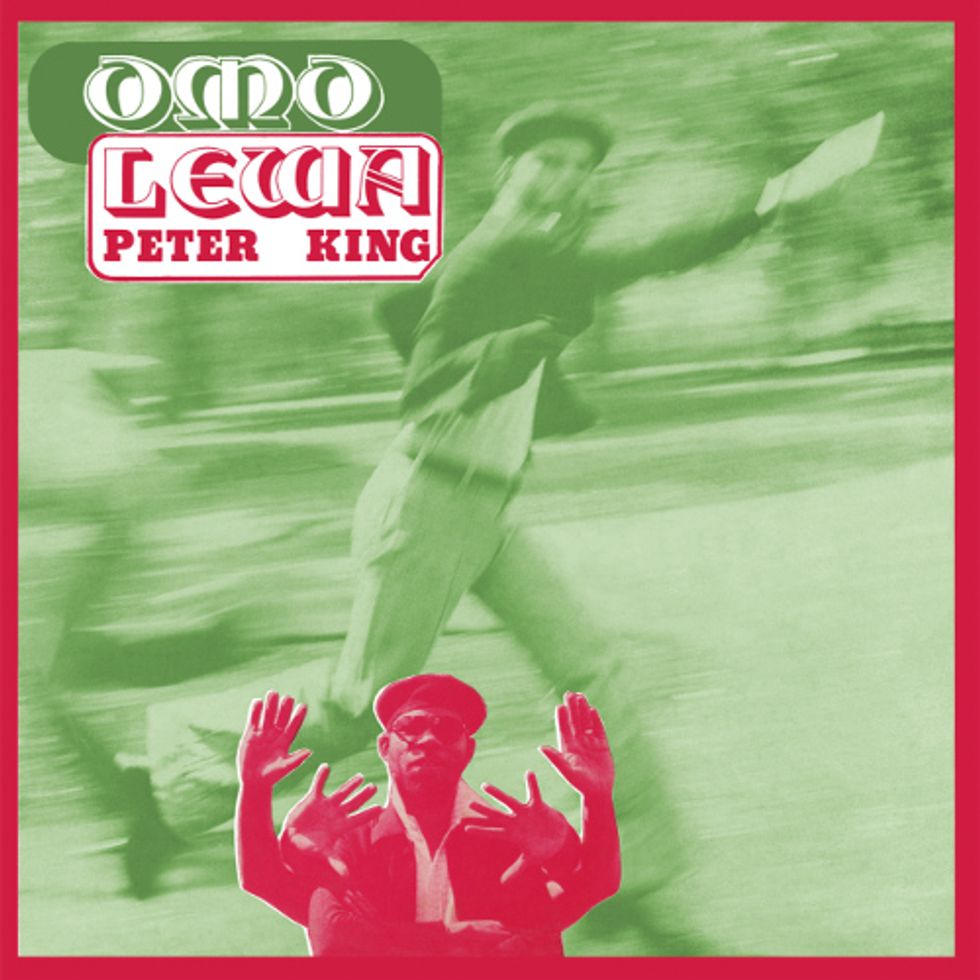 Secret Stash, who is no stranger to the Peter King catalog, is offering a reissue of the long out of print Omo Lewa on their website starting today– the infamous Black Friday in the states. To sweeten the pot, it's going to be offered in the limited edition coke bottle green with red/pink splatters– but only while the 350 copy run is in stock. The colored run has become a common practice with the label, typically offering a limited edition version to the first copies of their releases and then filling out the rest of the run on standard black vinyl (and sometimes offering the same album on CD).

The album was recorded in 1976 in London, originally released on the Orbitone Records label, which had released a handful of other King titles as well as material from Nkengas (another band Secret Stash has reissued). King's signature can be heard all over the album as he was a multi-instrumentalist, capable of playing bass, drums, flute, keyboards, and tenor sax. So how do you know if you'd like it? Here are two songs from the sub-30 minute album. "Afro-Funk" lives up to its title with a killer "doo doo doo" bit by the vocalists. The only thing missing is a breakbeat, but we're not complaining.

"Ajo," on the other hand, rides a little funk but uses a strong jazz vibe thanks to a great sax lead.

If you're looking to beef up your afro-funk collection, Omo Lewa is an excellent place to start. Fear not, however, if you miss out on the initial Black Friday offering– the album will be released on January 21, 2014, on black vinyl and CD. However, if colored vinyl and an early release is what gets you going, then jump on this offer– especially for a cool $20. You don't even have to leave your couch/favorite chair... the Peter King Omo Lewa reissue is available in the Secret Stash online store starting today!