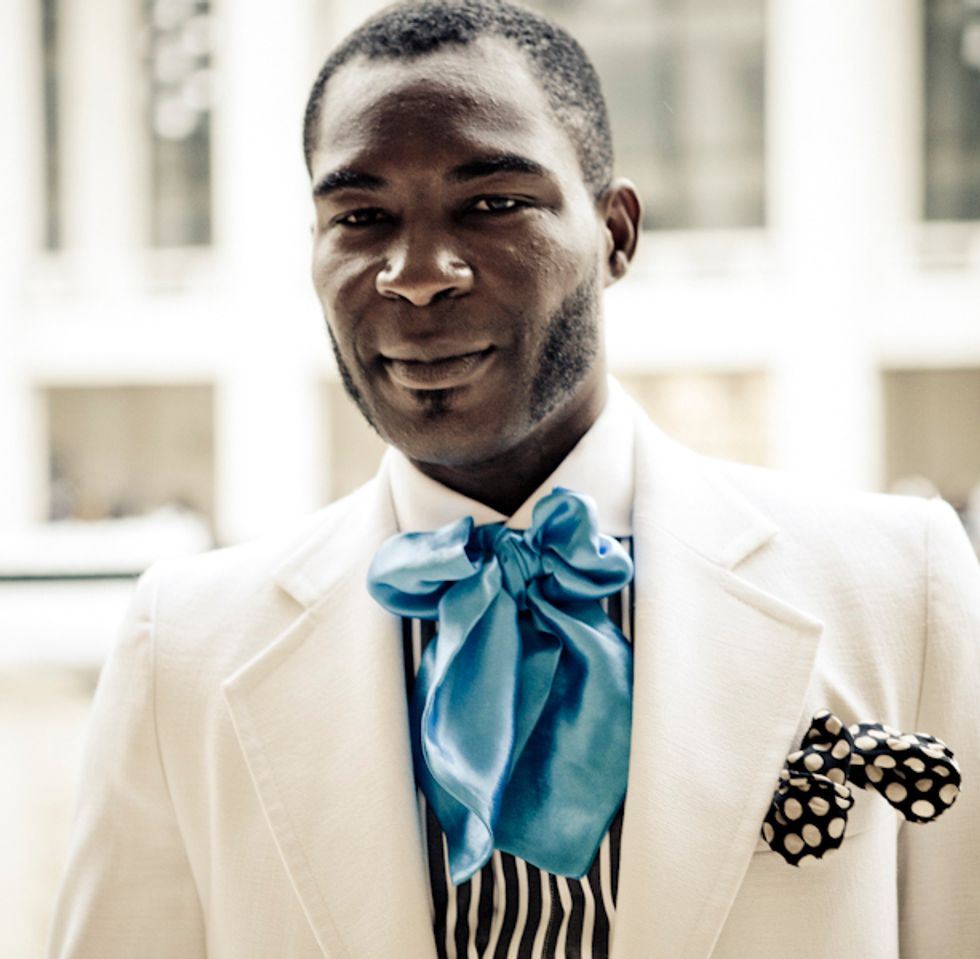 There was a lot of hotness on the runway - with perhaps a notable lack of the most obvious kind of "African-ness" that pops up at fashion shows from the Bright Continent - amazingly proving that not all high fashion inspired by or deriving from Africa must be mud clothed, tribal-looking, or safari/animaled - yes, animaled.

Meanwhile, take a look at the fashion show crowd in the slide show below. Our amazing photographer Gregory Chris captured these dynamic attendees whose fashions were just as aesthetically marvelous as the show itself. "Go big or go home folks" appears to be the secondary, unspoken theme of the show. Enjoy!