'Polyglot,' A New Web Series On Young Creatives Of Color In Berlin 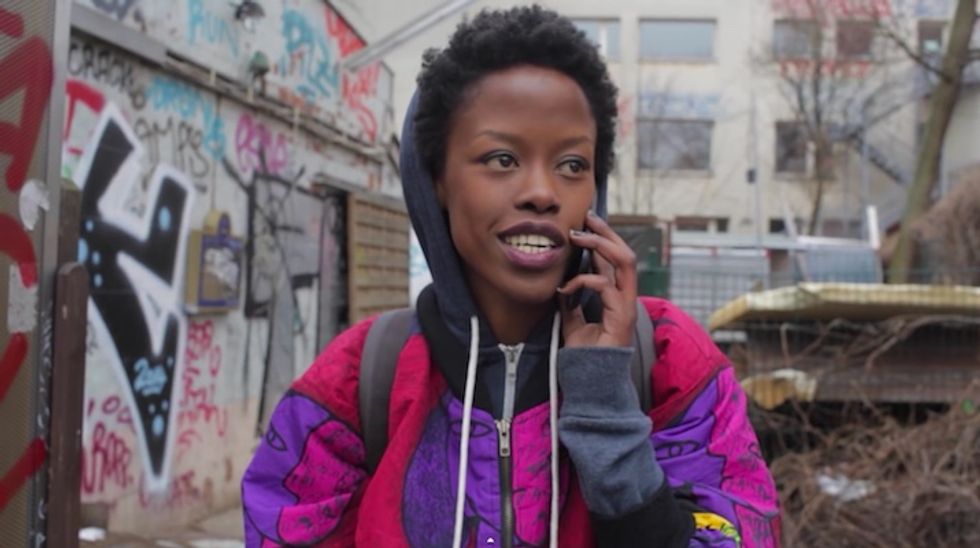 Polyglot is a new scripted web series from Rwandan-German visual artist and self-taught filmmaker Amelia Umuhire that explores the multi-hyphenate identities of young creatives of color in Berlin. The show's first episode, which premiered in April, introduced viewers to Babiche Papaya, a rapper and poet played by Umuhire's sister, Amanda Mukasonga. Titled "The Bewerbungsgespräch" ("The Interview"), the five minute clip follows Papaya as she tries to find a home among other international Berliners.

With its intimate fly-on-the-wall cinematography, Umuhire plans for future episodes of the web series to focus on a rotating cast of young polyglots navigating daily life in the German capital. The show's recently-uploaded second episode, "Les Mals du Pays," returns to Babiche's world as she deals with the malaise of homesickness and the frustrations of maintaining a natural hair care routine. "If I were in a TV show, normally as me a black woman, I wouldn't get to be this real, as this 3D, as deep as a character, you know," Mukasonga told NPR Berlin of her role in the series.

The Rwanda-born Berlin-based sisters who grew up in a small town in West Germany are quintessential polyglots-- fluent in German, English, French, and Kinyarwanda. Growing up with multiple means of expressing themselves and their culture, Umuhire and Mukasonga look to challenge preconceived notions of Afro-European lives with the series. "There is this one image of Germany, like you have white people speaking German, if you look at the TV landscape for example. Black people only appear as nurses, or cooks," they said. "You don't get to know people, this big part of Germany and Berlin, because they are kind of marginalized in media."