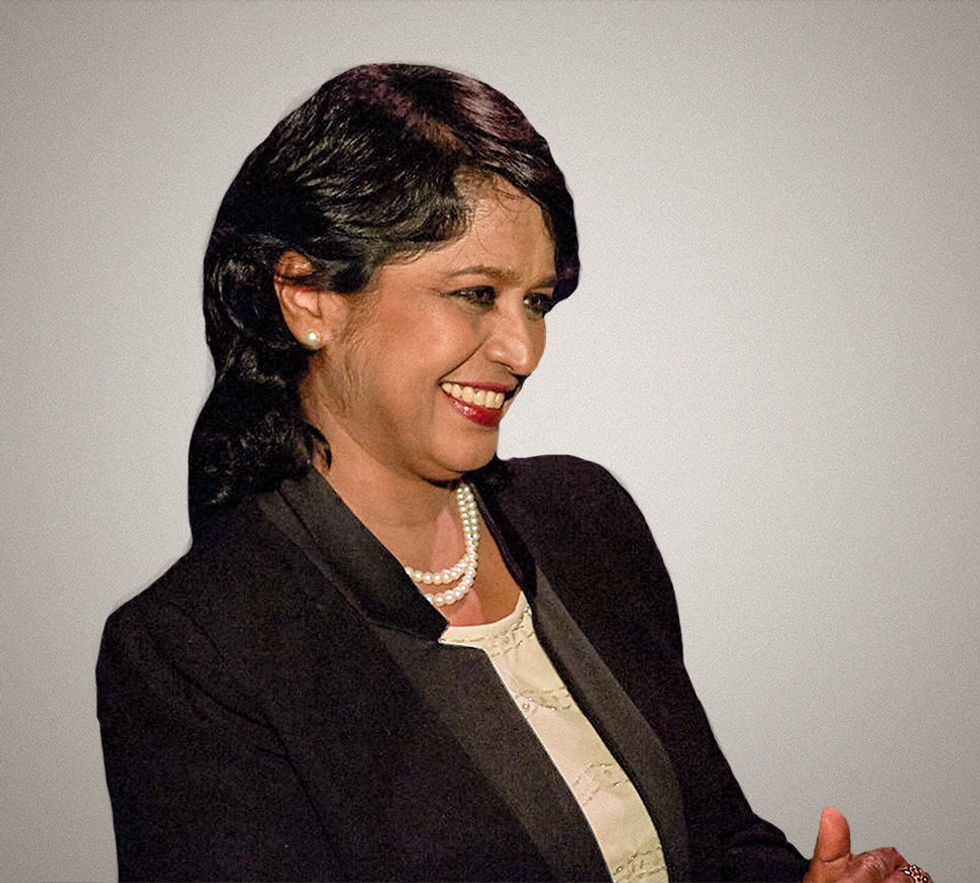 In 2014, Bibi Ameenah Firdaus Gurib-Fakim was elected president of Mauritius after a unanimous vote in the country’s National Assembly, making her the third woman to serve as Head of State, and the first to be formally elected by a group of her peers.

Before becoming president, Gurib-Fakim worked as a biodiversity scientist, conducting pioneering research on the medicinal uses of native Mauritian plants. She was a professor of Organic Chemistry and Dean of the Science Department at the University of Mauritius.

Gurib-Fakim is a decorated scientist and politician, she’s won the African Union’s and L'Oréal-UNESCO’s Awards for Women in Science, and she was the Laureate for the National Economic and Social Council in 2007.

She’s a woman who holds many titles, but perhaps the most impressive is the one she earned after becoming Mauritius’ sixth president: Grand Commander of the Star and Key of the Indian Ocean.