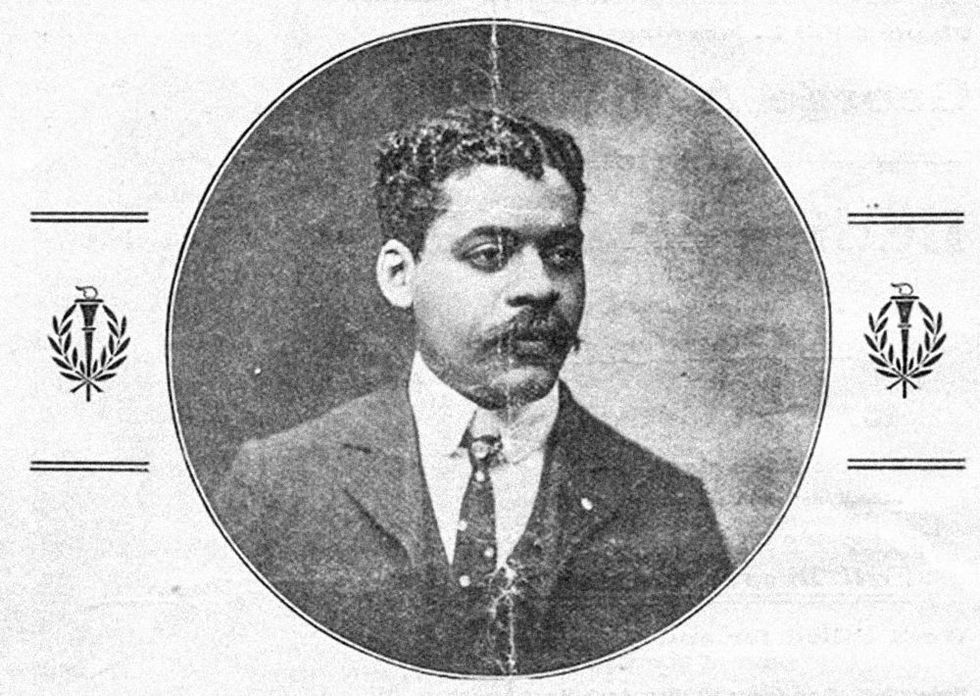 In this weekend read we profile the father of black history Arturo Alfonso Schomburg and his Afro-Puerto Rican heritage.

NEW YORK CITY—Arturo Schomburg, namesake of the renowned Schomburg Center for Research in Black History in Harlem, is said to have identified as an afro-borinqueño, a Puerto Rican of African descent. Yet there has been a delay in acknowledging this ethnic component of his racial identity—his legacy so closely tied to the Harlem Renaissance, black history and culture.

Even during his lifetime, there were misconceptions concerning Arturo Schomburg and his intersectional background, including assertions that he had forgotten his native tongue; lost his culture, his interest in Puerto Rico, etc. Later, conflicting, often simplified views on Schomburg emerged and characterized him almost exclusively as a black scholar whose Puerto Rican identity had seemingly diminished upon his integration into the African-American community.

In 1995, the Schomburg Center and the Center for Puerto Rican Studies made an early attempt to counter this fractured narrative with a symposium entitled, “Arturo Schomburg: From Santurce to Harlem.” More than two decades later, a more mainstream appreciation of Schomburg’s Puerto Rican background has emerged; setting the stage for Diasporic Blackness: The Life and Times of Arturo Schomburg by Vanessa K. Valdés, the first book-length study that reaffirms the ‘Father of Black History,’ as Schomburg is known, as a Puerto Rican of mixed heritage (his father, German; his mother, a black migrant woman from St. Croix) who navigated his afro-latinidad deftly and reliably throughout his life as a scholar, collector, and translator.

One such example can be found in a letter written near the end of his life. Schomburg names Salvador Brau and José Julián Acosta as the two figures who first inspired him to pursue the study of black history and culture. Brau was a Puerto Rican journalist and writer. He would later be named the first official historian of Puerto Rico (and like Schomburg, he was an autodidact). In another letter, Schomburg cites Brau as one of the few examples of literature on Afro-Puerto Ricans included his collection at the time. Acosta was also a Puerto Rican journalist, as well as one of the founders of the Ateneo Puertorriqueño, a leading cultural institution on the island.

In addition to the influence of Acosta and Brau, three other 19th century Puerto Rican intellectuals and writers; Ramon Emeterio Betances, Lola Rodríguez de Tió, and Eugenio María de Hostos; can be viewed as establishing a tradition of diasporic thought and discourse, to which Schomburg belongs. Each of them also spent time in New York City and like the young Schomburg, participated in the independence movement.

Schomburg arrived in New York City as a 17-year old in 1891. Within a year, he was involved in several revolutionary clubs, including Club Borinquen, the Partido Revolucionario Cubano (which included a Puerto Rican section), and Las Dos Antillas. As a tabaquero and soon after, a member of a Masonic Lodge in Brooklyn founded by Afro-Cubans, Schomburg integrated himself into the working class and revolutionary exile movement of Cubans and Puerto Ricans in New York.

As a writer and scholar, Schomburg was committed to highlighting the global African diaspora, one that reflected his own experience and understanding. For example, Schomburg wrote an article published in The Crisis, the official magazine of the NAACP founded by W.E.B. DuBois, that provided English-speaking readers with a nuanced survey of current events in Cuba—specifically the struggle of Afro-Cubans. As a marginalized and repressed sector of the population, Schomburg attempted to connect the struggle of Afro-Cubans to that of the African-American struggle for equality.

Schomburg also wrote biographical sketches, including articles on Gabriel de la Concepción Valdés and Juan Francisco Manzano. Both were Cuban poets of African descent. Plácido was put to death following charges that he was the leader of a planned anti-slavery uprising. Juan Francisco Manzano is credited with writing the only surviving Spanish-language slave narrative from Latin America.

At the institutional level, Schomburg’s interest in the global black experience is reflected in the American Negro Society and the Negro Collection at the Library of Fisk University (now the Special Collections and Archives). The former presented research on the contributions of black people in other parts of the world, including writing on the slave trade in the Caribbean. The collection at Fisk University also had an international scope and provided a model for the creation of similar collections dedicated to the African diaspora.

There are also more implicit examples of Schomburg’s afro-latinidad. His name, for instance, changed from Arturo Alfonso to Arthur to A.A. and then back to Arturo Alfonso over the course of his life. Several of Schomburg’s eight children were also given Hispanic names. Valdés also argues that Schomburg’s very presence within various black and intellectual circles is often prioritized in the many roles he fulfilled—one such role being that of a translator, which utilized Schomburg’s knowledge of Spanish, English, and French.

Overall, one comes away with the impression of Schomburg’s afro-latinidad as a seemingly understated, but as Valdés shows, there are examples to be found throughout his life, a self-awareness expressed in the context of a global African diaspora and Schomburg’s undeniable appreciation of his latinidad.