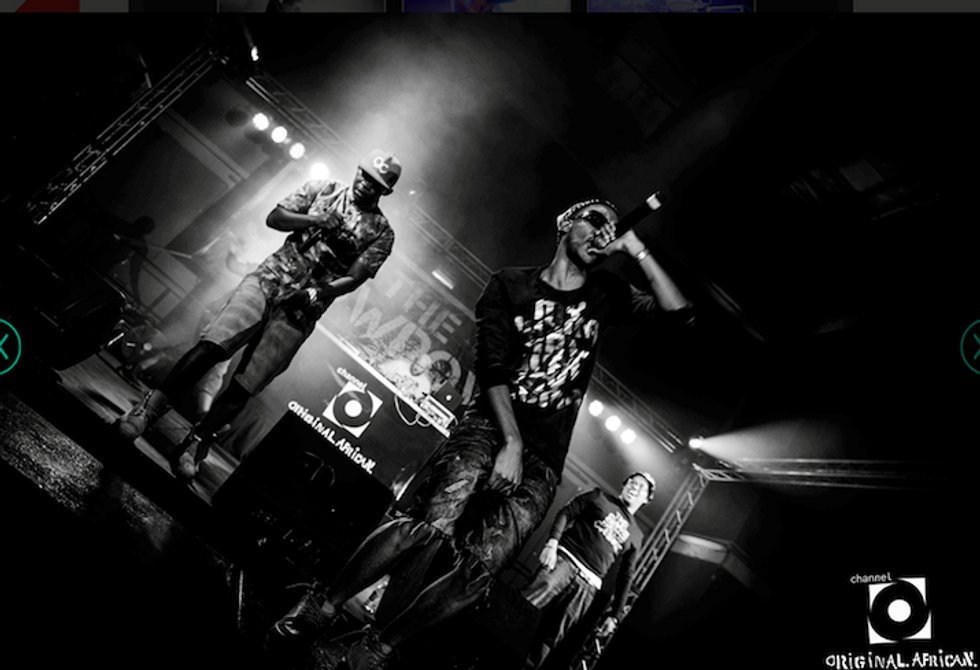 Two months ago we were introduced to Maftown hailing and Sotho Mafia representatives Hash One. Today we turn the First Look over to their labelmate Profresher KT. The prolific emcee recently dropped his 'Mogote' EP as a warm up to his upcoming full-length debut, 'After School.' The 9-track compilation is comprised of original and borrowed beats whilst showcasing KT's lyrical versatility. 'Mogote,' which in Tswana means "hot," proves itself a suitable title. Check out the full Q&A below for more insight into the mind of KT in this week's installment of First Look Friday on Okayafrica.

Mzwandile Sibanda for Okayafrica: Who is Profresher KT and how long have you been rapping for?

Profresher KT: I'm a passionate and ambitious young man from Mafikeng who grew into this business of music and more specifically rap/motswako. I've been rapping for as long as I can remember.

OKA: What music did you listen to growing up and do you remember what was the first album you owned?

OKA: What do you think of the state on hip hop in South Africa?

KT: There is still a lot of room for growth on a creative side and on a business level, because hip hop is now also a business. There are a lot of avenues that even the biggest rappers in the game haven’t exploited yet. And that is where my head is at now; I want to start thinking bigger, better and outside the box.

OKA: We interviewed your labelmates, Hash One, a little while ago. Sotho Mafia is definitely brining the heat. You and Hash One have a great chemistry on the tracks you feature on together. Firstly, what kind of relationship do you have with them? Is there any friendly rivalry? Is there any particular reason they weren't featured on the Mogote EP?

KT: Hash One are my boys and I work closely with them not just on a musical tip. Like you said we make fire when we work together and I don't think we'll stop. For the Mogote EP I took all the songs that didn't make it on the album (After School) and put them in one body of work. There are still more songs I did with Hash One members that might come out in the future, and as always I will be doing more tracks with them.

OKA: Just because we asked them, we'll have to ask you too. How did it feel being given shine by Khuli Chana on "Wannabeez"?

KT: It’s a really good co-sign. Many artists would like that kind of co-sign for their career and I'm lucky to be blessed like that, even though I feel like my verse was too short. I would have liked to say more on that track

Moving onto the Mogote EP. What’s the story behind it and is there an album it is building towards? If so what can we expect from the album?

KT: The way the Mogote EP worked out, is that I took all the songs that didn't make After School album and put them in one body of work, in a way that made artistic sense. Basically, I saved the really good tunes for the album, so you can expect the album to be the EP turnt up by 10!

OKA: One of my favourite tracks on the EP is “POCAHANESS.” It’s actually one of the first tracks I ever heard from you a couple of years back. Has the Mogote EP been in the works for a while?

KT: Not really. Most of the songs in the project were brand new nobody had heard them before. I think the song you heard a while back is “1, 2, 3,” which was also a love song on the double disc prelude mixtape that came out in '09.

OKA: On the hook for “Home Of The Greats” you sing, “Maf Town, home of the greats, Maf Town.” Do you feel any pressure coming from a town that has produced so many notable rappers?

KT: Yeah I do, but I still feel like we are a team because motswako or hip hop is bigger than us. We have to do it for the whole world.

OKA: What inspires you to make music?

KT: It’s like being a conjoined twin. Music is so much a part of me sometimes I don't need inspiration, I mean I am able to write a song about how uninspired I am at that moment if I want to. It is how I live and express myself.

OKA: What are you currently listening to?

OKA: When rapping what would you rather have the best flow or the best voice?

OKA: What can people look out for from Profresher KT in the future (shows, music etc)?

KT: I'll be performing in Lesotho on the 2nd of August and Bloem shortly after that. More radio and tv spins and obviously the anticipated album. And that's all in 2014.