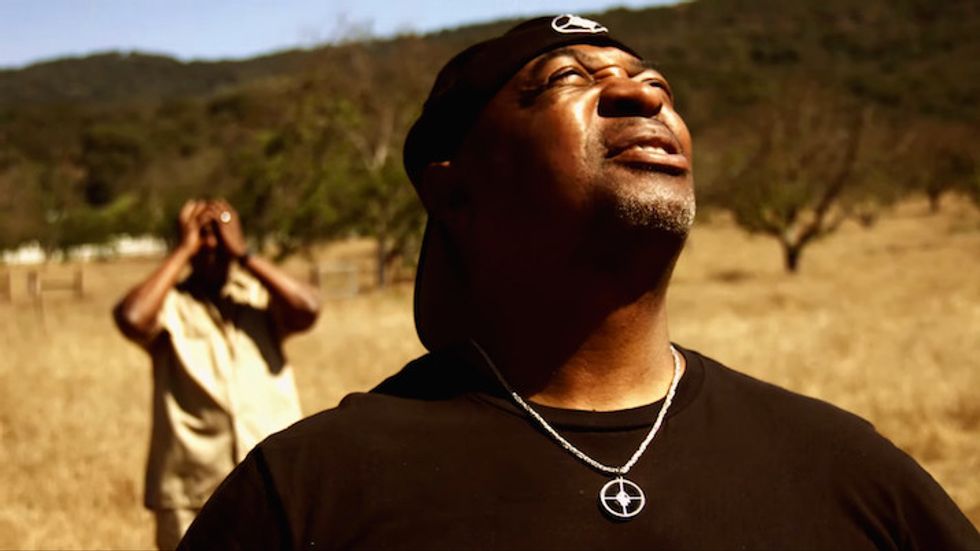 Public Enemy reconnects with Africa in their new music video for "Mine Again," which features shout-outs to the entire continent.

The members of Public Enemy have consistently used their brand of revolutionary hip-hop to make bold statements concerning pressing social matters. Their venerable outspokenness can be heard all over their latest album Man Plans God Laughs, and certainly in their latest song and video "Mine Again." The track sees the group discussing their personal efforts to reclaim and reconnect with Africa, in doing so, they urge other members of the diaspora to do the same.

"So it's cool to be black until it’s time to be black? Ain’t never too late to go back and give back, so I let born-afters know I rap for Africa, to give to the motherland, to see what’s mine again" rhymes Chuck D. "I boarded a plane headstrong, landed with a smile on my face; to give service back to the land that's our home, I long for coming back to Africa." adds fellow Public Enemy member James Bomb.

The two-and-a-half minute video celebrates the continent by paying recognition to all of its 54 countries through colorful visual representations. Since the release of the video, Chuck D has been engaging his African followers on Twitter by asking them to "tweet your country, make the USA learn you", peep some of his tweets, and check out the visuals for 'Mine Again' below.

Black folk in the USA catch up to the diaspora let us LEARN about Africa Public Enemy ODE To Africa   MINE AGAIN  http://t.co/XvUN2cJklx — Chuck D (@MrChuckD) September 10, 2015

To all my ppl in Africa freeze frame your nation when you see it on this highly informative video ill RT #MineAgainhttp://t.co/XvUN2cJklx

What does Africa mean to you?RAP fans do you know there's more spitting MCs on continent than in USA? MINE AGAIN  http://t.co/XvUN2cJklx