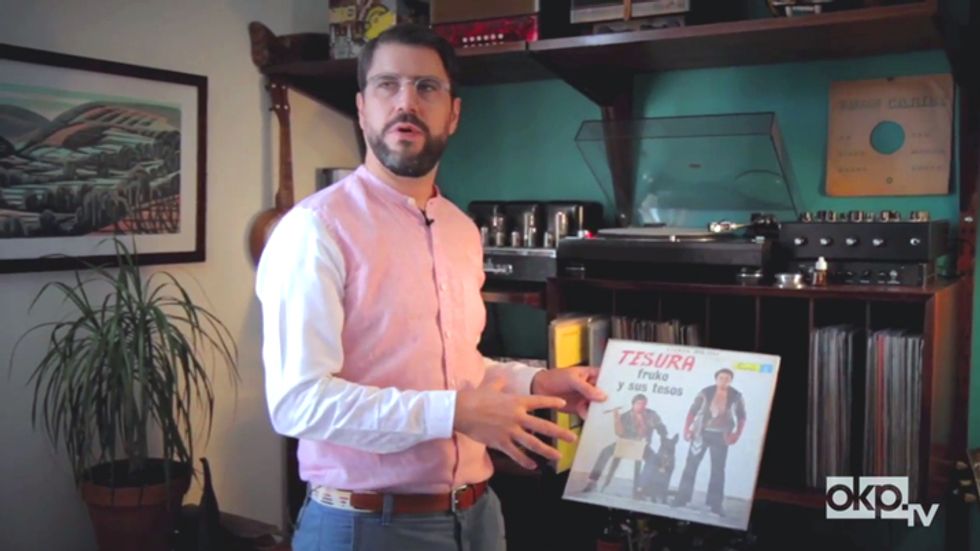 Quantic shares his record collection with Okayplayer TV in 'A Day In' on the eve of his new trans-Atlantic inspired album 'Magenetica'.

Okayplayer TV were invited to stop by the eclectic beatmaker Quantic's (aka Will Holland), Brooklyn crib to listen to some records and talk some music for “A Day In” on OKPTV. The episode takes place on the eve of Quantic’s new album, Magnetica (set to drop on June 10th on Tru Thoughts) which is primed to be a truly trans-Atlantic affair with artists and sounds coming in from Africa, Latin America and the Caribbean.

The first single off the new record (Quantic's first strictly solo affair since 2006), "Duvidó" features the fiery vocals of Luanda-born artist Pongolove. The LP also features collaborations with Ethiopian-born musician Dereb the Ambassador and Jamaican reggae singer/rapper Shinehead. In the episode, the world-traveling producer shares some of his favorite records, including a track from legendary Colombian salsa artist Fruko. Quantic was sure to explain how Fruko (who features on Magnetica) pushed the limits of Colombian salsa music, and also speak of the underlying soul that ties his seemingly random, geographically-diverse musical inspirations together. Check out the full 'Day In With Quantic' on Okayplayer TV below.

>>>GET THE FULL SCOOP FROM OKAYPLAYER