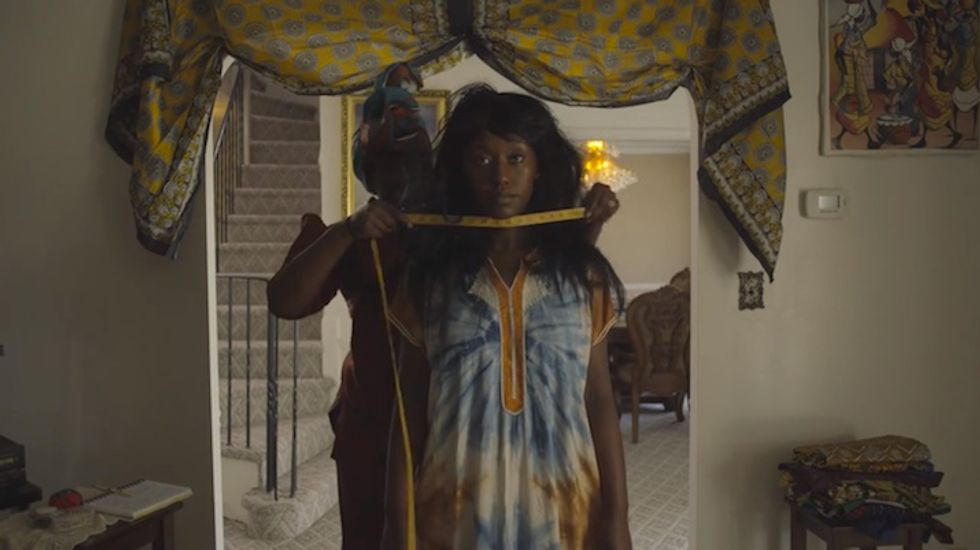 Last week Okayafrica sat down with Ghanaian-American actress Nana Mensah to talk the An African City star's forthcoming feature film debut. The New York City-set dark comedy Queen Of Glory, a take on the classic "immigrant's tale" which Mensah wrote, directed and stars in, tells the story of a "weirdo" Columbia PhD student who becomes the sole proprietor of a Christian bookstore following the sudden death of her mother. "I love that weird girls– white, black, and brown– are now stepping out from behind the gamine, blonde ingenue and giving her a swift kick to the side," Mensah told us. "It’s a revolution, and I’d love to think that Queen of Glory is a part of it!"

Currently in post-production, the film shared its first official trailer this week. The clip features a song– which we premiered here back in January– by Ghanaian singer (and former Okayafrica First Look Friday artist) Jojo Abot. For more on Queen Of Glory keep up with the film on Facebook and Tumblr, and read our recent interview with filmmaker Nana Mensah on her debut feature and the rise of the "weird girl."