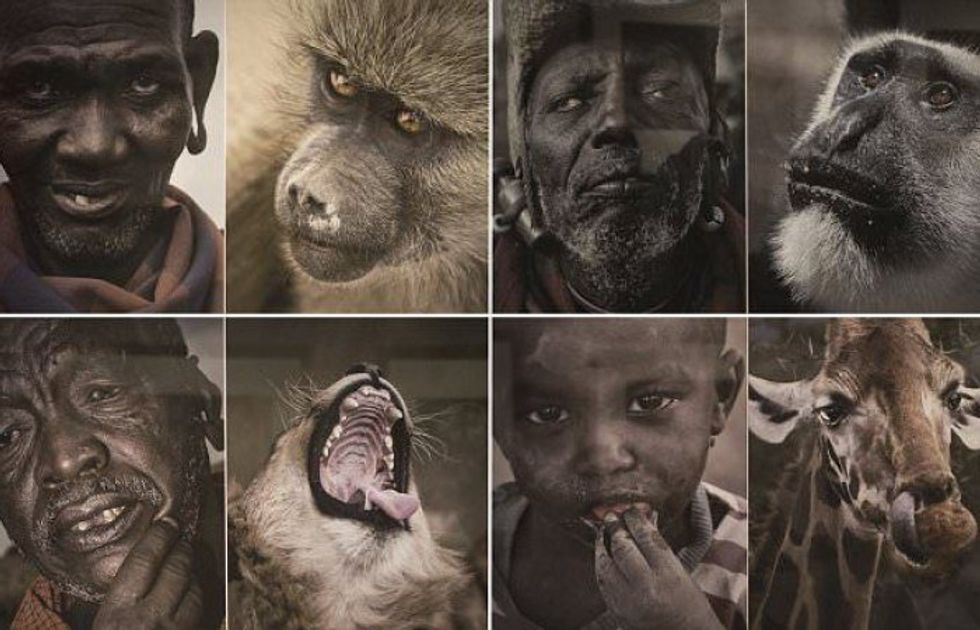 The Hubei Provincial Museum in Wuhanin was forced to pull an exhibit that juxtaposed black subjects with wild animals.

A museum in China just gave new meaning to the phrase "exhibiting racism."

Brazen anti-blackness was on full display at the Hubei Provincial Museum in Wuhanin over the week, where a photography exhibit showed images of black people juxtaposed with photos of wild animals.

In the exhibit, called "This Is Africa" by Yu Huiping black subjects were placed side-by-side with images of chimpanzees, baboons, and lions. Their mouths and facial expressions were shown in comparison to that of the animals in which they were parallel to. In one piece, a young boy appears next to a chimpanzee, with his mouth agape as if to mimic the animal.

Yes, this was a real exhibit at a real museum.

The museum removed the exhibit this week after complaints from Africans about it's racially insensitive material began to arise. What is perhaps more worrying though, is that the organization thought it acceptable to display the collection in the first place. Apparently the glaring, unmistakable racism which the photos evoked was not clear enough for some to recognize before the fact.

Maybe the act was downright intentional. After all, discrimination against Africans in China has been well documented, and their have been a number of overt examples of this in Chinese media recently. While a number of excuses have been offered in order to downplay the issue: China is a highly homogenous society—blah, blah, blah—claiming "naiveté" in this case is laughable.

Given the amount of Chinese "foreign investment" on the continent, it's rather intriguing that folks seem perfectly capable of understanding the value of Africa's material wealth, but not its people. But, really, "there's nothing new under the sun"—colonialism included.

While I could spend all day ranting about the minimization of African personhood globally, I'll just let you see it for yourself.

Behold, "This Is Africa:"