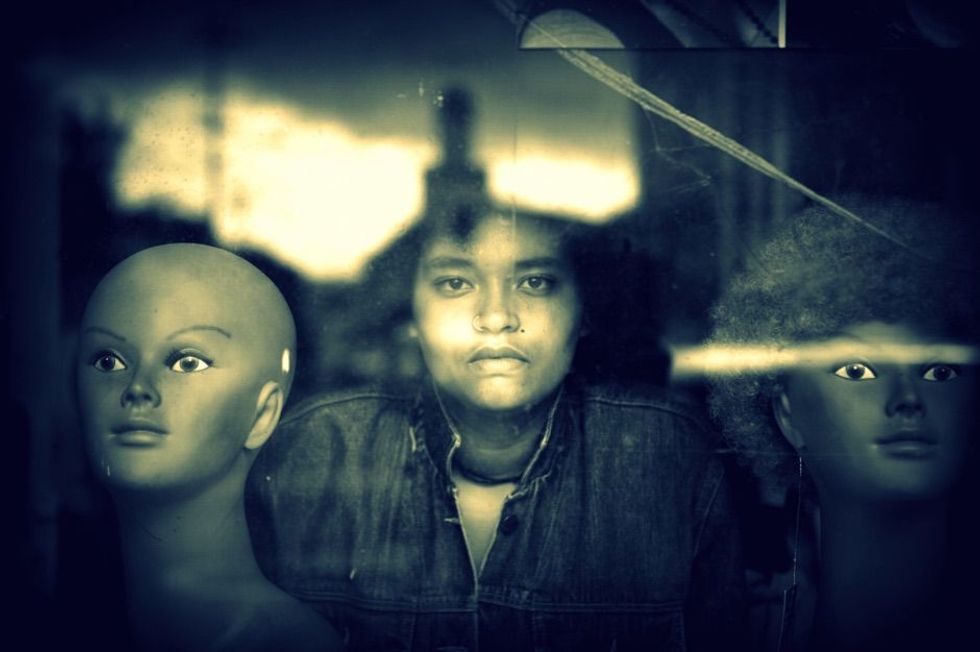 To be a black or brown girl in a whitewashed school is to live in a state of double consciousness. On the one hand, your hair defies gravity; your very essence is counter to the imposition of a homogenous identity conceived by a systemically racist institution. On the other hand, you are young, perhaps told that your opinion is not as valid as that of your superiors and adults, and assimilation seems like the best option.

What has transpired over the past week at Pretoria High School for Girls has unravelled the twisted tales we may have been feeding ourselves since departing from model C schools as young black women. This may be an indication of the revolutionary tide sweeping up defiant black bodies that are younger, tuned into the frequency of decolonisation, their thumbs tapped into the interconnected cyber reality of inter-diasporic evolution.

We caught up with some young black women to gauge the tide of pulling racism out from the roots.

“I have gone to former model C schools my entire life, seven to be exact. As a student at both Pretoria High School for Girls and Rustenburg Girls High School, I was told by the staff of both institutions, on multiple occasions, not only that my hair was inappropriate, but that I had to sit detention or receive some form of disciplinary action because of its appearance. The words, ‘your hair is too ethnic, you need to fix it or relax it’ were familiar phrases to me.

In grade 9 I was even driven to, for the first time in my life, relax my hair. I will never forget the expression on my sister's when she came home one day in 2008 to find her little sister kneeling in front of the mirror rubbing vaseline on her blistered, burnt scalp, obsessively brushing the few tufts of straight hair that had survived the relaxer. It was a look of absolute horror because she knew that I loved my natural hair to bits, as thick and curly and stubborn as it was. I did it because I was made to feel like who I was, in my natural state, was unruly, savage and ugly. I was made to hate myself and my people and how we looked by the staff at those seven schools and especially Rustenburg Girls High School and Pretoria Girls High, and they succeeded because there I sat in front of the mirror, almost bald, heavily blistered and deeply damaged. I have not relaxed my hair since that fateful day because somehow I have fought all the demons that those racist schools left me with.

To this day I am baffled as to how my hair was too ‘ethnic’ yet, in asking me, correction, in forcing me to relax my hair they were paradoxically in fact asking me to be ethnic, but to be ethnic within whiteness, to conform to whiteness. White womxn could have their hair the way their mothers’ wombs destined their hairs to be, they could have their hair according to their ethnicity, yet my mother's creation, me in all the glory that I am, was not allowed, was punished, humiliated and belittled.”

“I remember they would always complain about our braids, banning ‘complicated cornrow’ styles, stating that it had to strictly go straight back. The boys with cornrows and dreadlocks got the same slack. They always complimented me when I had the weaves. We had to tie our hair in high pony tails, never wild and free (we weren't aloud to speak our mother tongues either, not unless it was break time or after school - but that's for another day). I remember my mom purchasing gel she'd never used before, for my ballet recitals and shows. I made her do it. Mrs. Wright needed my hair to be flat and thin. The bun needed to be bigger, to be seen. The gel broke my hair like the relaxer did. They tried to force us to resent growth and detest the roots of our kinky, wild crowns. The unlearning has been one long, beautiful, pained liberation.”

“Growing up in England and going to a predominantly white school, the hair discussion was seldom brought up. But when it was, words such as ‘slimy,’ ‘greasy,’ ‘unkempt’ were common accompaniments to the discussion. I remember frantically straightening my hair every morning–– depriving my crown of the things it needed in order to fit in with my straight-haired counterparts.

High school [in South Africa] was not much different. The same outdated rules applied. I just had lost all confidence in my natural hair and I didn't even realise this was an issue until one of my friends was told her afro ‘should not be associated with the school uniform.’ And I thought how it’s her hair, it’s complete natural.

me only loving and letting my natural hair be at the age of 19. Now I’m out heeeeeeere.”

“I went to a private Waldorf School where we were allowed to wear normal clothes and were pretty free to choose our appearances but still there was discrimination against being black and what us black could do with our hair.

I remember that the rule on dying hair was that you could only dye your hair what was a natural colour to you. Which meant that white people could dye their hair black, brown, blonde and red. Whereas I could only dye my hair black. I remember being so angry about that. There also was absolutely no shaving allowed so our black brothers weren't allowed to ever shave their head or even get a fade.

What the young womxn of San Souci and Pretoria High School for Girls are doing is incredible and a big step in the right direction. It seems almost criminal to have schools in South Africa to not allow black womxn to wear their hair naturally. It is entirely an attack on black people and South African citizens and a disgrace to the idea that South Africa is a democratic country. Why have we not fought this before?!”