#Goals: Re-Imagining an Africa Where Gender and Sexuality Is Fluid 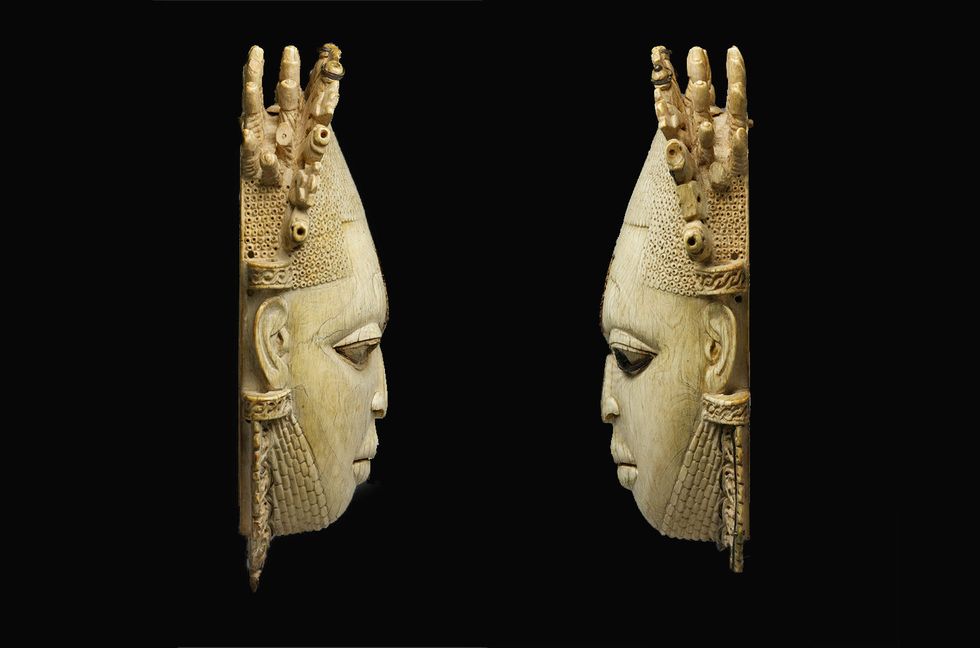 Before foreign invasion. Before cultural imperialism. Before the internalisation of Western values and ideals- there was a time of a tolerant and nuanced Africa- well much of it anyway.

Before foreign invasion. Before cultural imperialism. Before the internalisation of Western values and ideals—there was a time of a tolerant and nuanced Africa—well much of it anyway. This Africa, made evident by research on precolonial West and Southern Africa, was home to empowered femininity through matriarchs and dual-sex systems. This Africa also understood and accepted the sexual fluidity of its people which went against western heteronormative assumptions.

Our Afrocentric future is simple and involves taking from the past as a means of informing the future. Fact may just be stranger than fiction in the cases of gender equality and sexual fluidity in precolonial Africa. A look into African history will show that homophobia and patriarchy in African society are nothing short of Western cultural imports.

An exploration into pre-colonial African society shows one which challenges the notion of what is “African” in contemporary Africa.

Once upon a time, male dominance was not accepted as a norm. Instead, women were among the most revered and respected. The role of African women extended beyond the domestic domain and allowed women to hold great political authority as advisors, matriarchs and warriors. These displays of empowered femininity were social systems too sophisticated for the European mind of early explorers to comprehend. These include the militant Igbo women who resisted British invasion in Nigeria, the female ruler Ohemmaa ofthe Akan, in West Africa and South Africa’s Queen Modjadji the Balobedu Rain Queen. Uneasy with social structures which did not conform to Euro-Christian expectations, the ‘civilizing mission’ successfully instilled patriarchy into African society and diminished powerful representations of African women.

Arguably the most popular Black female comic book character, X-Men’s, Storm serves as an illustration of the representation of African women which reflects coloniality in society but also in the comic book sphere. Prior to being hyper sexualised as the token Black member of the X- Men crew, working under white leadership, Storm was actually of African royalty. Storm came from a royal line of Kenyan princesses, from Great Rift Valley, who were genetically inclined to “sorcery”. Unsurprising, with the Western understanding of African spiritual and supernatural practices, Storm’s inborn magical faculties of sorcery saw her as possessing ‘mutant abilities’ by western ‘mutant’, Charles Xavier .

It’s a common assumption in post-colonial Africa that same sex relationships have been informed by the Western world and are a satanistic expression of how colonialism continues to plague African society. The unwillingness to consider the fluidity of sexuality and gender which in itself precedes colonialism is what can be said to have been informed by to missionary contact in Africa that has done the work of reshaping social structures and traditions to suit the colonial legacy it has instilled.

Likewise, there is plenty of evidence that shows that prior to colonial invasion same sex relationships were not frowned upon and there were ethnic groups that allowed people to move within the gender spectrum. So, for example a female would have the freedom to declare herself a man for the sake of sexual liberties and have sexual or platonic same sex relationships. This fluidity was an openly practiced among the Nilotico Lango people from Uganda.

The advent of colonialism has brought with it the idea of fixed gendered roles laced with heteronormative thinking that is assumed to be an integral part of African life and culture. But, a look to Zimbabwe will show you a documentation that proves otherwise. The cave paintings left by San people, which are estimated to be around 2000 years old, depict same sex sexual relations between naked men. Then, further north, among the early Zande warriors in Congo and Sudan, same sex relations were believed to be common practice. The warriors were said to marry younger men who in turn performed the duties of a wife up until he was trained to become a warrior.

Men who behaved and dressed as women in northwest Kenya and Uganda’s Iteso society had sexual relations with other men. Likewise, same sex practices were also recorded among the Banyoro and Langi people from Uganda, while in pre-colonial Benin, engaging in same sex practices was seen as a natural phase for growing boys

There was even a time in Southern Africa when women who were said to be diviners had same sex relationships that may or may not have been sexual, based on the belief that the sanctity was understood to be closer to women and therefore by extension had spiritual intimacy to nature’s fundamental source of sustenance. The Nandi and Kisii people of Kenya, and parts of East Africa, have also been documented as people who practiced female to female marriages as a means of exercising social influence. Therefore, in such societies, these marriages make it possible for women to gain social status as the head of the household and mainly for inheritance purposes.

In Dark Matter, a comic series from the 90’s, there is a story by Samuel Delany where people have been completely stripped of their gender. This was written during a time when it was thought to be improbable that people could exist without conforming to a particular gender which is a replica of western thinking that suggests that one’s gender is informed by their body. Africa’s archives tell tales of many who lived outside of these Eurocentric ideals.

Peering into our past allows us to reimagine a tolerant and nuanced Africa where empowered femininity as well as sexual and gender fluidity are embraced and encouraged. The beauty of our past is in her inconsistency with claims that patriarchy and heteronormativity are synonymous with African culture.

If you allow yourself to turn your mind’s eye back into our past then you have examples of ways of reimagining the future in a way that gives life to the prospect of an Africa that is not Eurocentric in its homogeneousness. Instead, what it offers is an Afrocentric future where our magic lives in our recognition of the sincerity of gender and sexual fluidity as well as a celebration of gender equality.