Buhari Congratulates Trump on Twitter and Nigerians Aren't Having It 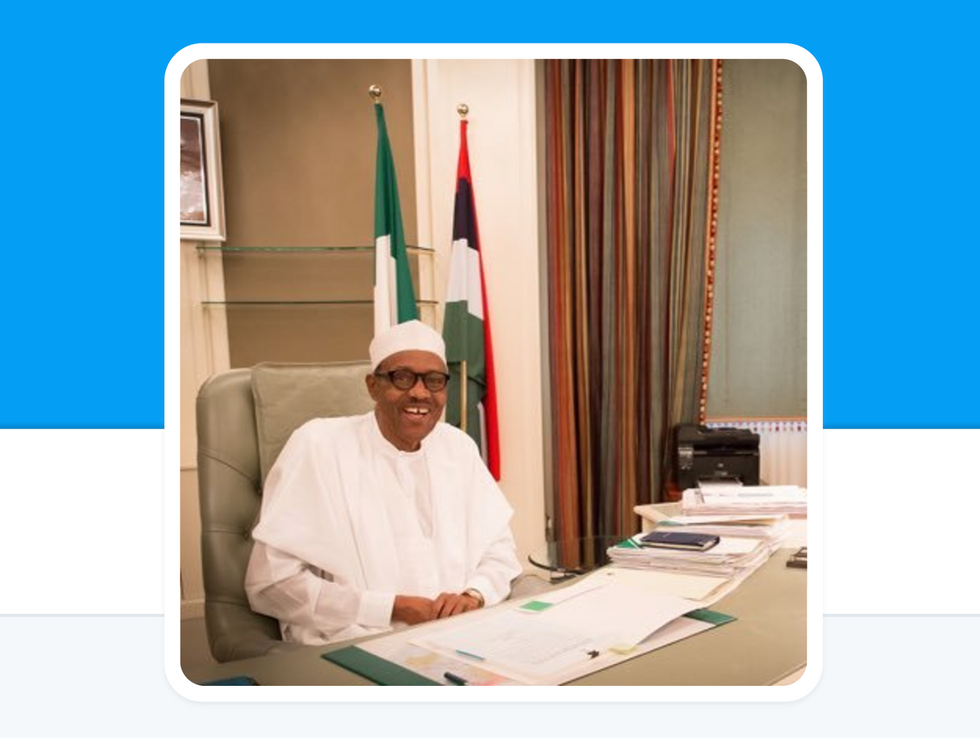 Judging by African leaders' Tweets to Donald Trump, they're largely trying to get in his good books.

We're trying to gauge reactions to Donald Trump's election win from African leaders. It's a mixed bag so far. Liberia's President Ellen Johnson Sirleaf told a BBC interviewer that she was saddened and concerned about Trump's win.

But Sirleaf seems to be the rare African leader expressing concerns.

On behalf of the Govt and people of Nigeria, I congratulate President-elect @realDonaldTrump on his victory in the US presidential election.

But Nigerians on Twitter made it known that they were not to be spoken for.

On behalf of which people?? Shey we told you to say anything?? You won't face your work https://t.co/pb1pSOkJHM

@MBuhari@realDonaldTrump oga, mind your own business. Which people of Nigeria? How will that affect #500--$1?

@MBuhari@realDonaldTrump buhari I swear you are mumu who ask you to congratulate him on our behalf ?! Mind your business oh ??

Somalian President Hassan Sheikh Mohamud who is running for re-election offered his congratulations to Trump while reminding the president elect of America and Somalia's mutual security goals in the Horn of Africa Region. He also tweeted a congratulations at Ilhan Omar, a Somali-American woman elected to the Minnesota legislature.

Somali President Congratulates Ilhan Omar who has been declared the winner in the race for State Representative in District 60B, Minneapolis

Kenyan President Uhuru Kenyatta, the first sitting head of state to appear at the International Criminal Court for his part in Kenya's '07-'08 violence, congratulated both Trump and Hillary Clinton. But then he followed that up by seemingly subtweeting the president elect.