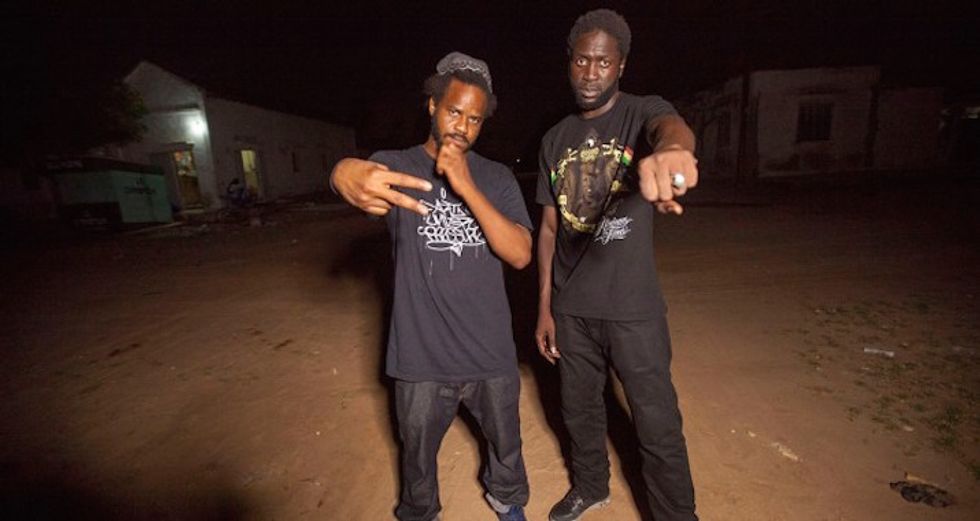 The latest episode in the ongoing Rebel Music series takes viewers to Senegal, where rappers Kilifeu and Thiat of the hip-hop group Keur Gui, social media activist Denise Safiatou Sow, professor Dr. M. OusmaneTraouré, and several others chronicle the rise of political resistance through music in the country. The episode kicks off during Senegal's independence from France in 1960, during the time of the country's first president Léopold Sédar Senghor and goes on to cover the presidency of Abdou Diouf, which sparked the initial appearance of protest through hip-hop in the nation, as well as the corruption of Abdoulaye Wade.

"Senegal: Ready For Change" explores how Keur Gui were censored, beaten and "tortured," in Kilifeu's words, at the hands of the authorities for their lyrics against the government and delves into the rise and attempted suppression of their Y'en A Marre (I'm Fed Up) movement. Watch Rebel Music's "Senegal: Ready For Change," presented by MTV and Amnesty International's Art For Amnesty below, and check out their other episodes in America, Turkey, Myanmar, Iran, and Venezuela.