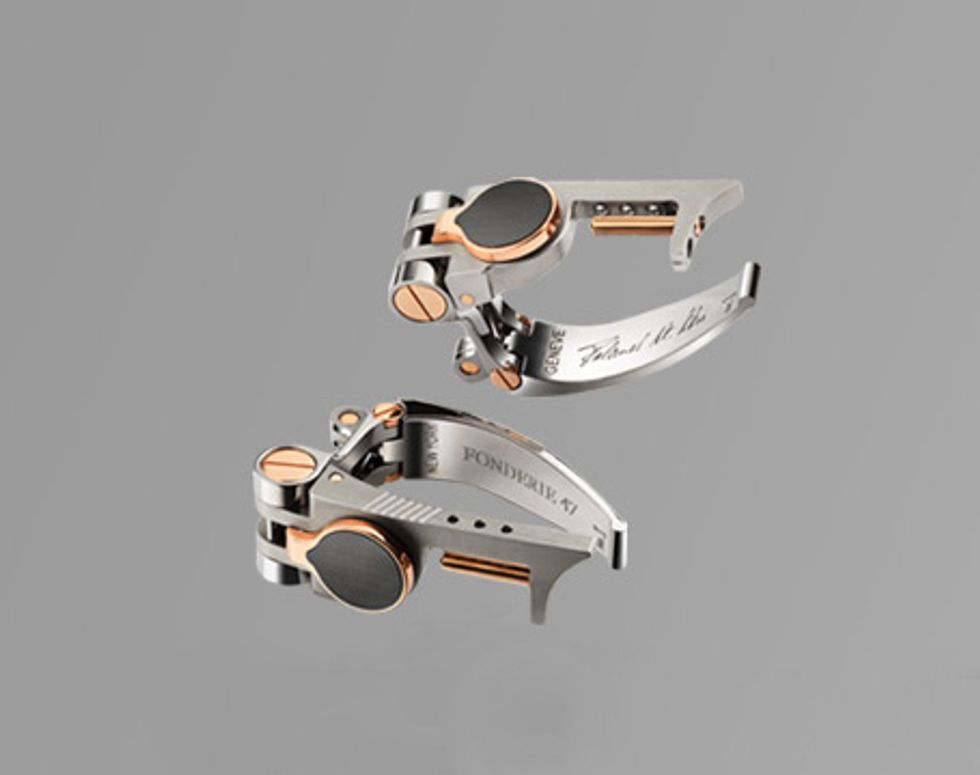 ﻿﻿Fonderie 47 is an interesting experiment, a project designed to help disarm the DRC by selling high-end jewelry crafted from reclaimed AK-47 gunmetal. Featured in today's New York Times Style Section, Fonderie 47's unique approach was inspired by a 2008 trip to Kenya during which the two founders, John Zapolski and Peter Thum, were struck by the number of AK-47's they encountered.  The Small Arms Survey reports and data claims there are upwards of 20 million AK-47's in Africa today.  Thum explains:

“We saw the AK-47 as an opportunity because it’s such a successful design,” he said. “It’s something that’s globally recognizable. What better way to turn things around than with this object, which represents so many things ugly, and turn it into something beautiful?”

Their jewelry is hand crafted from the metal - the receivers, barrels and other steel components - of AK-47's from the DRC which were confiscated by the government.  It's melted down and then reshaped, with gold added, into beautiful jewelry such as rings, earrings and cufflinks, by the jewelers Philip Crangi and Roland Iten.

Sales fund weapons destruction programs operated by nongovernmental organizations which help disarm the DRC, through the nonprofit arm of the project, Fonderie 47 Foundation. Fonderie 47 has demolished around 6,000 assault rifles so far.  We're down with this mission for sure - unfortunately with rings starting at $25,600 we're gonna have to save our allowance for at least a few weeks before we can cop.