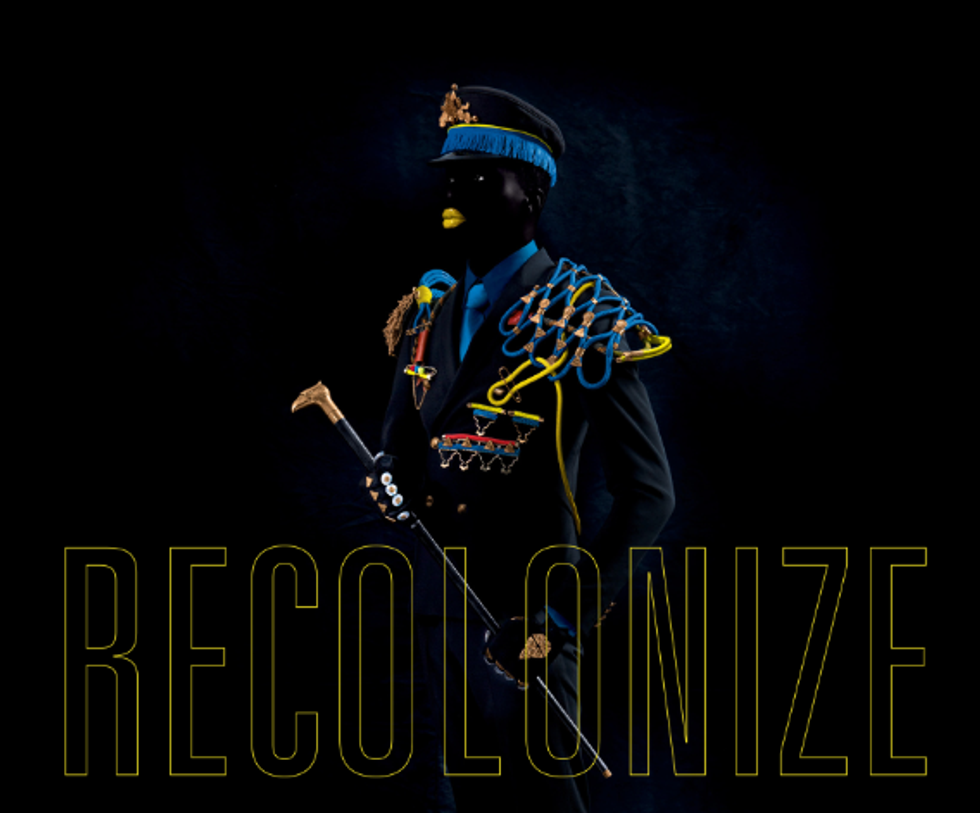 ‘Recolonize’ is the promo video for this year’s Constructus Creative Entrepreneurship Masterclass, which will be held next month in Cape Town. The text accompanying the video complains that ‘colonization’ has become ‘a one dimensional topic in Africa.’ The team aim to reignite the discussion with slick visuals and skilful appropriation of colonial-era symbols.

The promise of a 'provocative' 'futuristic-meets-historic clash' brought to mind  Spoek Mathambo's mad science, perhaps laced with a dash of Sun Ra’s afro-futurist subversion. Instead, for one minute and thirty seconds a figure dressed like the lovechild of Field Marshall Idi Amin and England’s Lord Kitchener calls on creatives from ‘Cape to Cairo’ to unite. Their purpose? A global takeover of the entertainment industry. Why? To entertain Westerners, because apparently ‘they are bored.’ For good measure, a number of ‘controversial’ buzzwords are thrown in, including ‘savages’, ‘empire’, ‘new world order’ and, of course, ‘recolonize.’

It takes little analytical finesse to realise that the video lacks substance. Recalling the African bodies circulated through Europe’s human zoos as entertainment for bored Victorians might have given them pause. Just a finger vaguely near the pulse of global culture would have indicated that the word ‘recolonize’ might not strike a chord in a year when ‘decolonize’ and ‘occupy’ have been in the mouths of protestors across the world.

But perhaps the words accompanying the video make the strongest case for overlooking it: ‘We got a great team together to create something iconic. We’re not quite sure what we’ve created . . .”