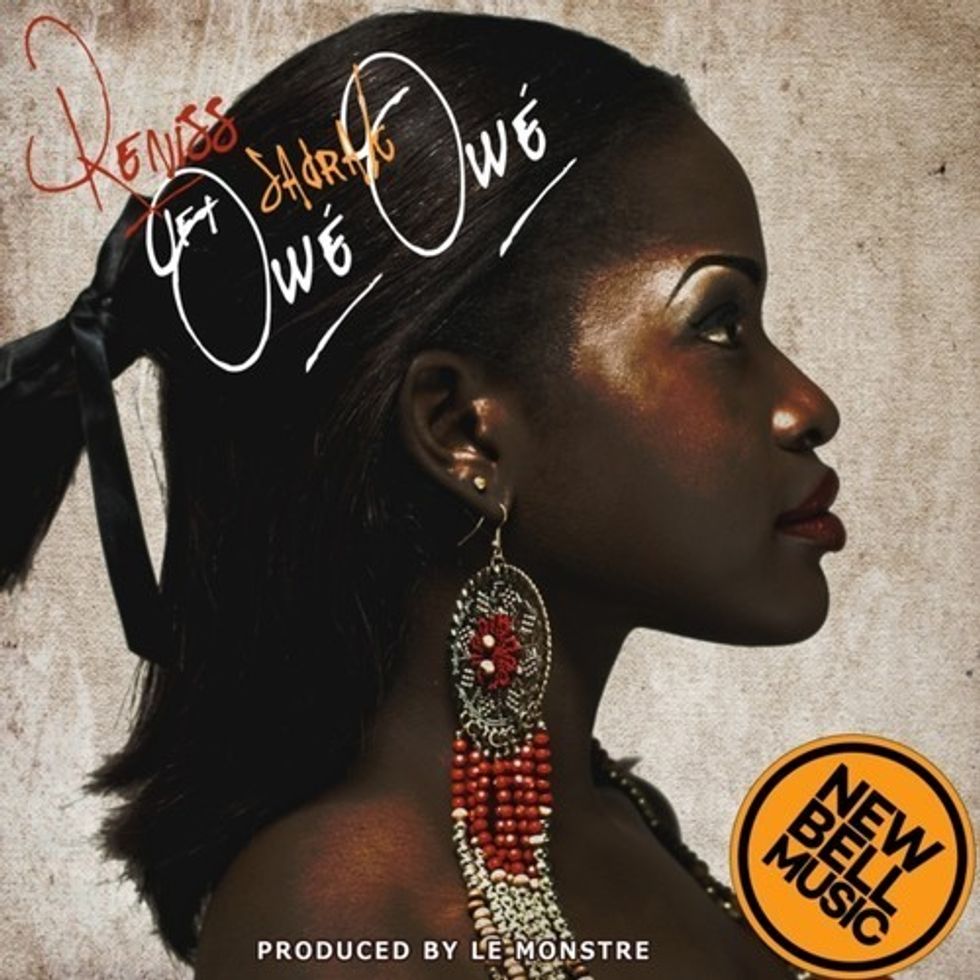 We first heard Douala's Reniss back in January on New Bell Music head honcho Jovi's bouncy lead single "B.A.S.T.A.R.D." off his latest electro-rap offering Kankwe Vol. 1. Mankon-hailing, the New Bell "first lady," whose background is in gospel music, sings in a mixture of English, French, Pidgin and Mankon languages. She made her official debut in September 2013 with Afrikan LuV, a six-track "story about love from a young african woman's perspective," produced by Le Monstre (aka Jovi's producer alter-ego). With their second EP together now in the works and due out later this year, Reniss and her right-hand producer/labelhead came through today with a new single. An all natural break from the electronic production we saw on the first Kankwe EP, the sunshiney "Owé Owé" sees Reniss joined by Francophone emcee (and fellow New Bell signee) Sadrak, who rides swiftly over the song's "Owé" chants and what sounds like Western Cameroonian instruments. Listen to Reniss and Sadrak on "Owé Owé" below. For more from New Bell Music stream Jovi's most recent single "CA$H" and read our Top 10 Cameroonian Urban Artists to Watch in 2014 list.