Respect Your Elders: Fleeing Political Violence In Ethiopia Circa The 1970s 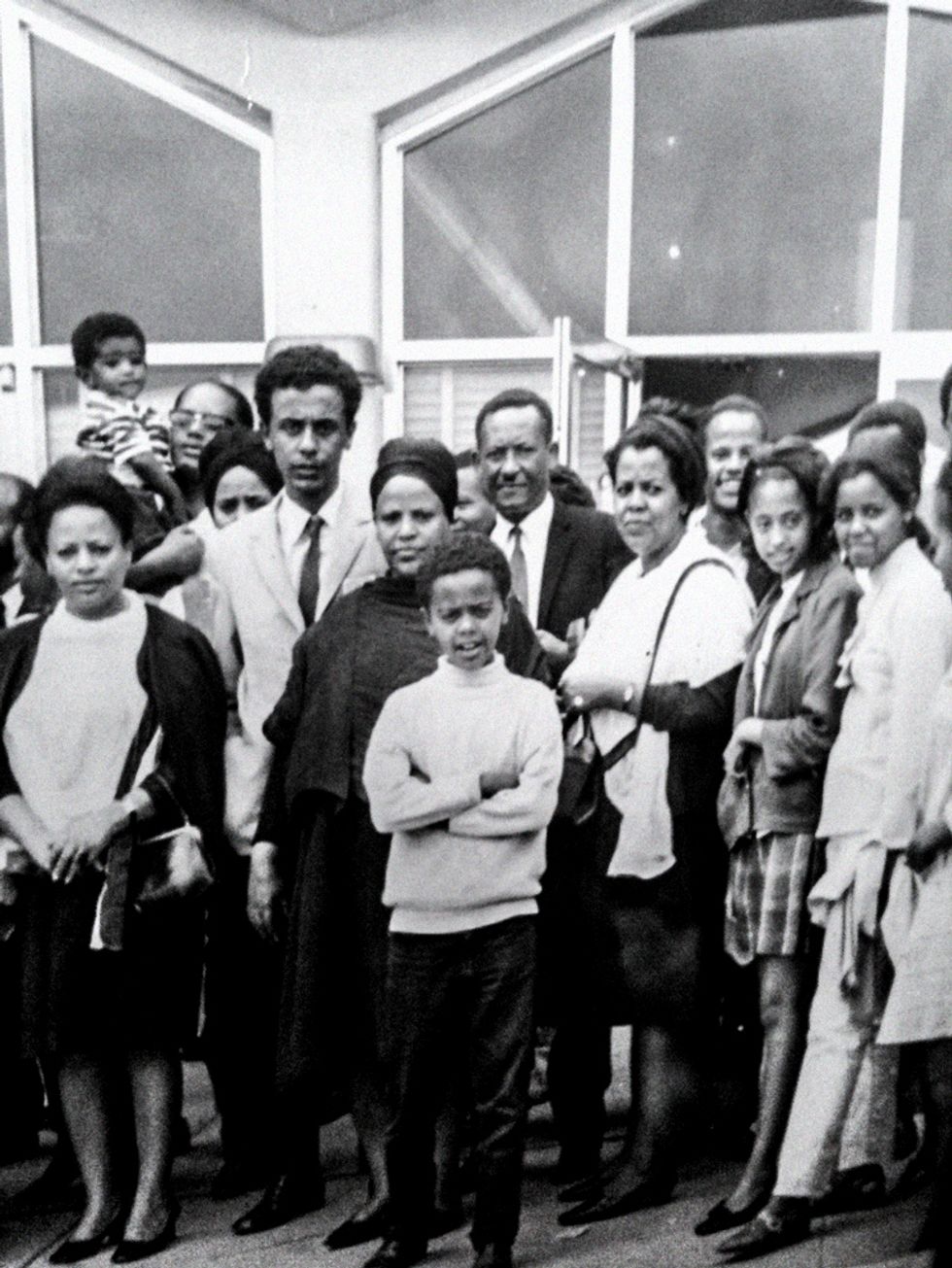 Our contributing writer, Abel Shifferaw, learns more about an old photo of his uncle and mother in 1970s Ethiopia.

Our new Throwback Thursday series, ‘Respect Your Elders,’ gives our team here at Okayafrica the opportunity to discover the stories behind old photos of our parents and family members. In this second edition, our contributing writer, Abel Shifferaw, called up his mother, Emebet, to find out more about a particular photo. The picture above shows his mother's family in Ethiopia sending off his uncle, who won a scholarship to study at a California university.

My political activism has long been a point of contention between me and my mother that has at times escalated to yelling and tears. I’d argue that putting my body on the front lines at anti police brutality protests was necessary. She disagreed. She wanted me to get into college, get a good job and start a family. At the time, I was not about that life...

I called my mom, Emebet, in California to ask about an old picture from my grandmother’s house in Addis Ababa and talk more about growing up in Ethiopia during the tumultuous 1970s and early 1980s. I also wanted to try and understand why protests were so fraught for her.

Abel Shifferaw's uncle, the tallest one pictured, is surrounded by his family as he journeys to California from Ethiopia in the 1970s.

My mom is on the furthest right hand side of the frame. She is 14 years old and wearing dope shoes. My grandmother stands near her, having just handed her son, my uncle, an envelope of money she had been saving up for years. My grandfather has recently passed away from what we later assumed to be diabetes but, at the time, access to medical care is limited.

My family is at this airport on this particular day, over 40 years ago, to send off my oldest uncle. He is the tallest one in the picture, suit and tie, intensely gazing into his future. He has received a scholarship to attend Cal State Long Beach in California. The first of eight brothers and sisters who eventually left for the United States. One more stayed.

Your uncle was the first person from our family to leave the country. First him, and then slowly everybody came. They’d get established, get a job, apartment and money then sponsor another one of us. My mom was especially scared for my uncle and was very relieved when he left. There was a lot of political violence at the time in Ethiopia and kids that were your uncle’s age were especially vulnerable.

This photo was taken right before Haile Selassie was overthrown. At the time students marched in the streets demanding Haile Selassie’s abdication. The Ethiopian People’s Revolutionary Party (EPRP) was leading a lot of it. They wanted democracy and an end to feudalism. I was young, and sometimes I’d leave the house and in the streets I’d see the dead bodies of boys who were protesting.

The police beat them to death with their batons and their blood flowed in the street. When I saw that I’d run back home, crying. I was very young. You know, it’s hard for me to go back to Ethiopia, and when I do I can’t stay for more than a month. I have a lot of bad memories from that time. A lot of nightmares.

But it was much, much worse when The Derg came into power. Haile Selassie told the police only to hit the kids below the waist—just their legs. He wanted to scare them away but the police would hit the protesters on their heads, so some died. When Mengistu and The Derg were in power, there was much more death and violence. The Derg didn’t care. They came to opposition members’ houses and they’d drag the opposition people, many of them young, out of their mother’s arms and shoot them in front of their family. When you passed the hospital you’d see so many people injured from the fighting.

When I was a little older, maybe 16, the police shot and killed my good friend. We grew up together in the same neighborhood. She was political while I always made sure to stay out of politics, but back then you never knew. A lot of people who had nothing to do with politics were also killed. Sometimes someone didn’t like you and they would say that you were opposition.

Your uncle sponsored me [in the mid 1980s] and I had a friend who worked for the government who helped me leave. I came to the Bay Area, you know. And then I had you!