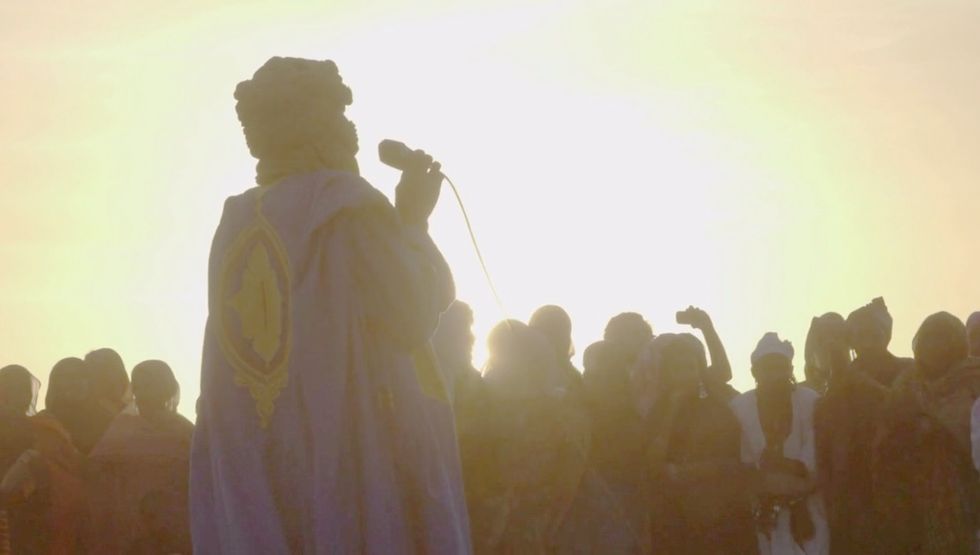 'Return To Timbuktu' is a forthcoming feature-length documentary from filmmaker Michael Meredith about the return of musicians to Mali after the conflict.

It is unusual for music to play a central role in the news headlines about a country in conflict— most of the time, the arts are at best a footnote to a political story. But when Islamist militants took control over Northern Mali in mid-2012, much of the reportage described how the jihadists outlawed music, destroyed instruments and cracked down on those who refused to be silenced. Music is at the very center of Mali’s soul. In the griot tradition, you hear the whispers of what became American blues, and the country continues to be a site of creative innovation that has increasingly spread around the world and captured the attention of seasoned ethnomusicologists and plaid-clad hipsters alike. So when the music was silenced, the country’s soul was crushed.

Director Michael Meredith, a mentee of Wim Wenders (the filmmaker behind Buena Vista Social Club), understood that as well. Driven by the music that has captured so many global imaginations, he traveled to Mali in January 2013 to work with the director of the Festival in the Desert Manny Ansar as a photographer and videographer. January was also the month that French paratroopers began to drop from the sky, adding another layer to an already complex conflict, and the Festival was canceled. Ansar instead organized the Caravan for Peace, which circled the area of conflict and featured Mariam Koné, Khaira Arby, Amanar and others. Meredith documented the trip, the refugee camps in the surrounding areas and made his first trip to Timbuktu. This journey became the beginnings of Meredith’s first documentary film project Return to Timbuktu.

The film is still in production, and Meredith will be traveling to Mali again this year to document the return of musicians to Northern Mali. Whether it will be a triumphant rebirth of the Festival in the Desert or a more fraught homecoming is still unclear, and in many ways will dictate how the story ends. But what is clear is that it will explore, in a way that has not been done before, the power of music in Mali and will feature the likes of Tinariwen, Amanar, Khaira Arby, Vieux Farka Touré, Imarhan Timbuktu, Sidi Touré, Mariam Koné and more.

The production team is raising funds to be able to finish filming in Mali. Head here for details on how to support the project and watch the film's pitch video along with clips with Sidi Touré and Mariam Kone below.