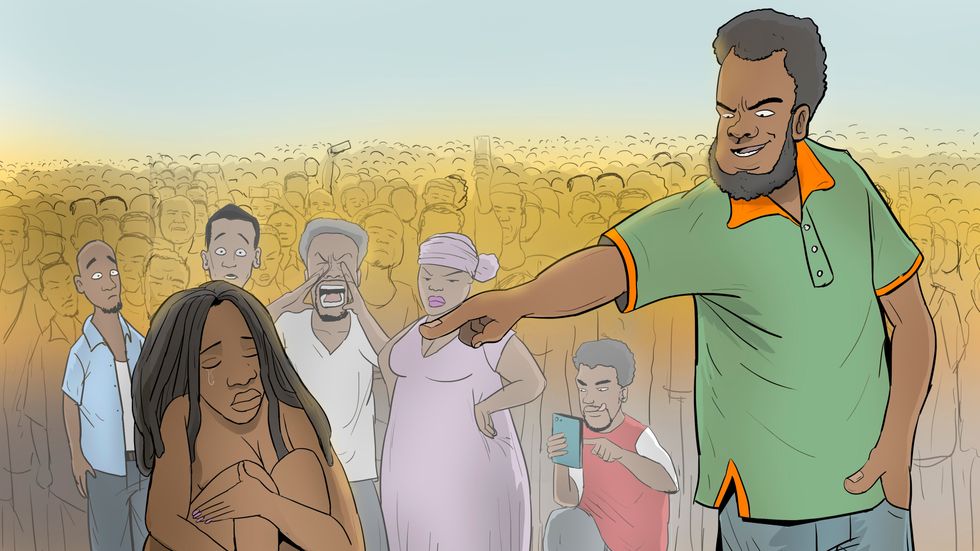 On Ivorian revenge-porn, its links to rape culture, religious hypocrisy and the double standards about who can watch.

Or so I had been told by my Ivorian family when I got caught.

"Nollywood has long been seen as a means through which African cultures and mores are celebrated, thus, in the opinion of the morally panicked, sexually explicit scenes are demeaning because they show how the lack of moral values in the West is penetrating the African consciousness."

Yet, I was the only one blamed for being a pervert.

Amateur videos are among the most popular ones, along with western exports. Every now and then it makes the headlines of our national newspapers, feeding our appetite for scandalous stories.

In 2009, a civil servant filmed himself having sex with his married intern. The film got leaked online and the woman was subsequently publicly humiliated. It is sad that most people don't seem to take into account the fact that her boss had power over her, and that she may have been a victim, forced to have sex to keep her job. Abandoned by her husband, she tried to kill herself.

In 2010, Abiba, a former contestant of the reality show Star Tonnerre (the Ivorian X-Factor) found herself in the middle of a controversy when a video of her having sex with two masked men appeared online. The backlash was ferocious. The young woman left the country for France. It has been said that her traditional Muslim family has disowned her, which they denied. They revealed that Abiba was blackmailed before the release of the video, and even attempted suicide. They believe that her ex-husband was responsible for leaking the video online.

The young woman has disappeared from the public sphere ever since, trying to build a new life in France. Her partners in the film? Free as birds. Her story has been used as a cautionary tale: women shouldn't film themselves having sex with their partners, or they risk public humiliation for themselves as well as for their families. In porn, like in so many other aspects of life, the blame lies with women, who are punished for liking sex by being publicly humiliated. It is as if no one realizes that these women frequently have sex with other men and if they are to be blamed for these videos, so should their partners.