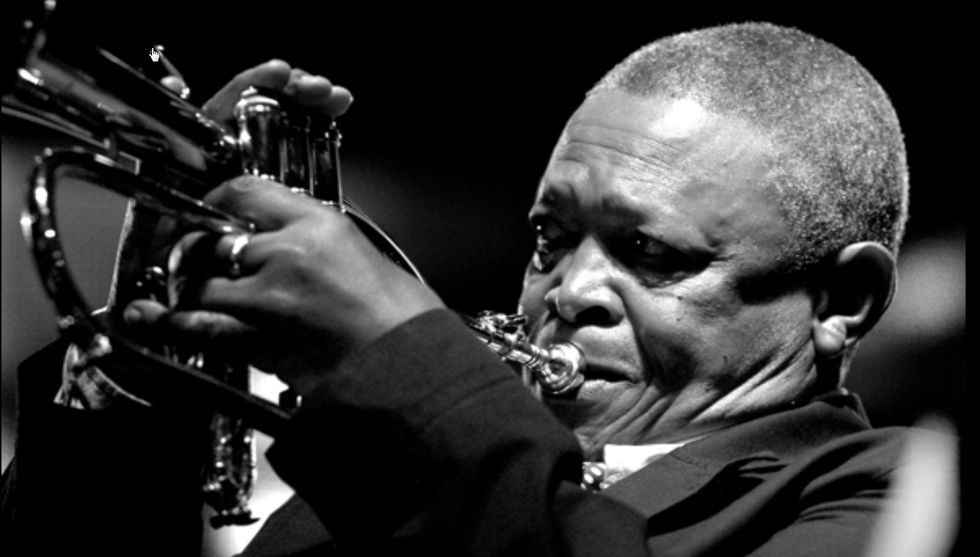 Like most jazz musicians, Hugh Masekela and Larry Willis were also students outside of the classroom, jamming for hours on end at landmarks like Jazz Gallery, The Village Gate, even Birdland. Most recently, during last year’s performance at The Cape Town InternationalJazz Festival, Masekela and Willis devoted almost an entire live set to his 2005 album Almost Like Being in Jazz, revisiting the standards that gave them their musical bearings. After performing to the sold-out crowd in Cape Town, friends and family (including Willis) urged Masekela to record these songs once again. Reuniting with Willis, their latest album is aptly titled Friends, a 4-disc box set containing 40 songs—38 are American standards while two are from the French composer Michel Legrand. Masekela gives Willis credit for bringing the “jazz” out of him on this album. “Larry taught me all of these songs because he knew them better than I did. All I had to say was ‘I like that song.’ ‘You like it?’ ‘We’re gonna play it!’”

Willis kicks off the second set with a quiet, contemplative piano on Randy Weston’s “Hi Fly.” After a subtle pickup of the tempo, while he steadily taps his foot in rhythm, Masekela creates an ebb and flow on flugelhorn with his notes as he starts off powerful and high, and then comes down in a soft, breathy staccato. Applying a bit too much force in the opening, especially when he tackles the melody line, Masekela finds his way back quite nicely during his improvisation with a tidal wave of punctuated notes before handing it back to Willis, who creates a few waves of his own with a strong, lyrical piano. To see (and hear) Masekela and Willis “dance” together during their call and response as they close out the number shows both the intimacy and trust that these musicians share.

>>>Read the full piece at Revivalist