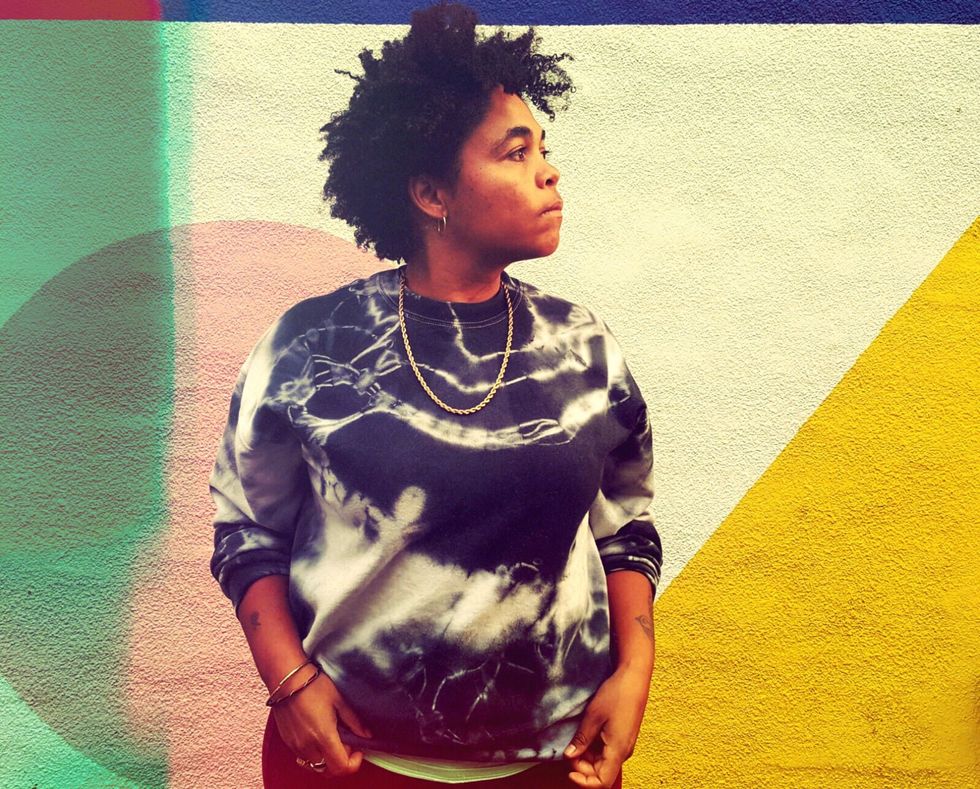 The Dutch-Zimbabwean musician shares her ambitious new full-length, In a Galaxy, taking new risks at merging the disparate worlds of indie rock and Afropop.

One can imagine that as pop music evolves, cultural borders will topple and genres might blend and blur the way rays of light shoot out from a prism. If so, Rina Mushonga and her new brilliant cosmopolitan pop album, In a Galaxy, are at the forefront of this radiant movement. Raised between Asia, Africa and Europe and born of Dutch and Zimbabwean parents, Rina's general take on life is one of a global citizen—absorbing disparate influences with humbleness and reverence and allowing that energy to seep into the music.

In a Galaxy takes cues from the dance productions and intimate songwriting of electronic pop and R&B savants like Empress Of and Blood Orange. But there's hardly a song on this 12-track LP that doesn't weave the dynamic rhythms and jubilant melodies of Afropop into the mix. The electronic-folk experimentation of Francis Bebey also helps color these dynamic tunes, as well as the shimmering, jit music grooves of Zimbabwe ensemble Bhundu Boys.

Despite wide comparisons to the invigorating soul-folk of Tracy Chapman in the wake of her 2012 album The Wild, The Wilderness, Rina's newly defined vocal presence occupies fresh new territory that bares little resemblance to any active singer. Sometimes deep and sensuous ("Tropix"), other times high-soaring and in possession of bewildering strength ("i miss you so much"), her voice commands utter attention. Even her most scathing song—a sassy scorning of males against #MeToo titled "Narcisc0"–flows with an ease that's uncanny, bolstered by a downtempo Chimurenga guitar riff. Here, as with most of her tunes, the worldly singer-songwriter applies a timeless beauty to her future-thinking pop music.

Rina Mushonga's other songs reflect on the brilliant highs and devastating lows of romance, focusing on the process of personal transformation that takes place during these emotionally turbulent moments. "I made my mind up but I wasn't ready/ I cling to you but I feel unsteady," she sings on the album's title track, weary but confidently embracing love over a bouncing reggae-pop beat.

Working with two separate producers between her hometown Amsterdam and new home of London, Rina worked over half a decade to perfect this clever combination of modern electronic pop and contemporary Afropop. The songwriter and commanding vocalist surely gained new appreciation for these songs when she gave birth to her daughter Zora during the final stages of the album's release. Graced with deep revelations and bold political statements, Rina folds the sounds of her rich, globe-trotting life into this majestic record.

'In a Galaxy' is available now.