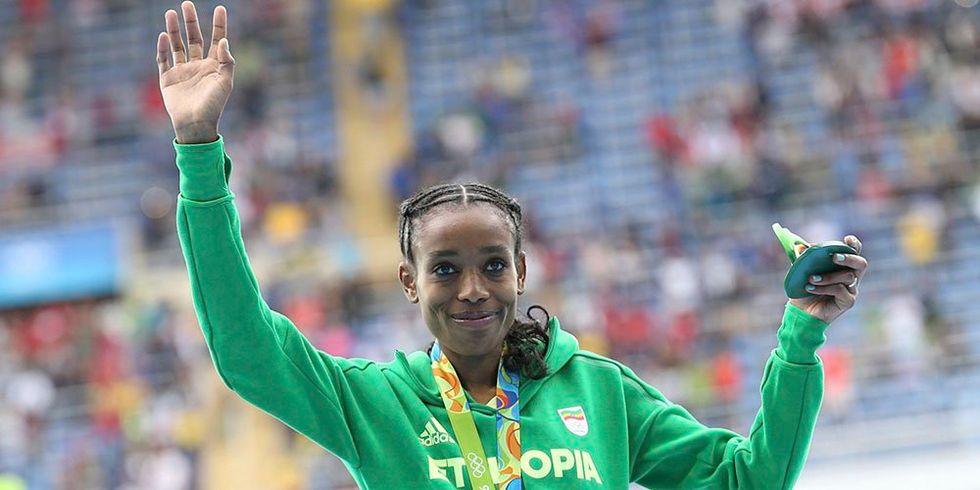 “After crossing the finish line, the 24-year old raised her arms in triumph and then crossed her heart as Ethiopian fans in the stands cheered,” Quartz Africa reports.

Check out more reactions to Ayana’s remarkable feat below:

Almaz Ayana SMASHED the 10,000m then told reporters: "My doping is Jesus."#BeingABlackGirlIsLit esp in #Rio2016 pic.twitter.com/HsaGu8Jmbq

Almaz Ayana is lapping everyone with peak Habesha running form

Ethiopian Almaz Ayana is asked about doping allegations after setting world record in 10,000 meters, responds: "My doping is Jesus."

Almaz Ayana of ETHIOPIA beat World Record in the 10,000m by 14 SECONDS. That girl behind her? She has another lap! pic.twitter.com/ldNtu2oTmp