With Second Boxer Arrested for Sexual Assault in Rio, Rape Culture Comes to the Fore 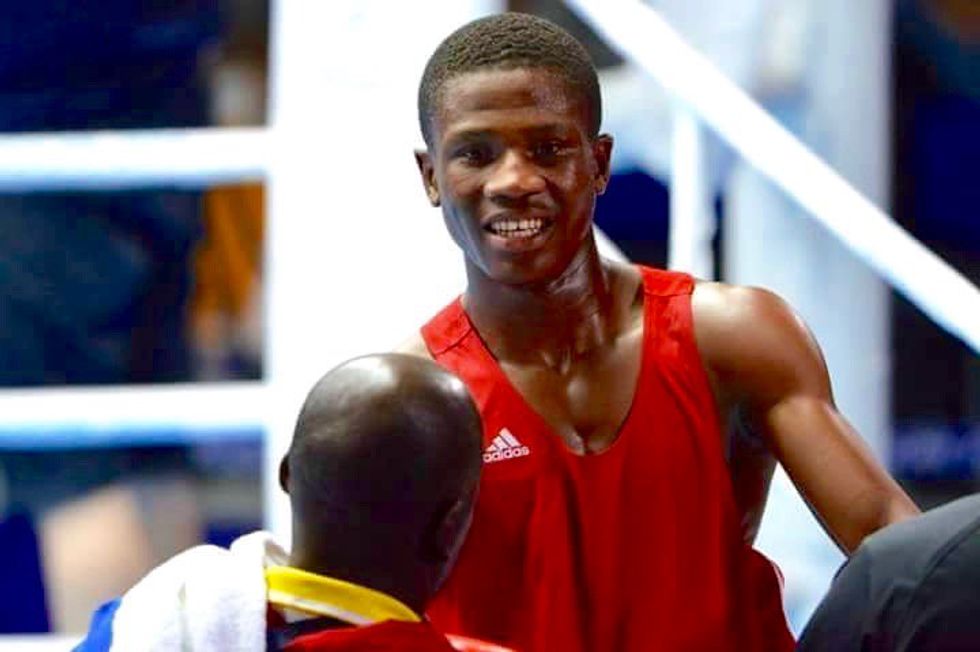 Namibian Olympic athlete Jonas Junias’ detention by Brazilian police is only the most prominent example of rape culture at the 2016 games.

We’re not even a full week into Rio 2016 and yet another Olympic boxer has been arrested for sexual assault inside the Olympic Village. 22-year-old Namibian boxer Jonas Junias, who carried his country’s flag during the Olympic opening ceremony, was arrested by Brazilian police, Monday on accusations of sexual assault, USA Today reports. This follows Friday’s allegations against Moroccan boxer Hassan Saada from two Olympic Village attendants.

According to O Globo, Junias allegedly grabbed a maid cleaning a room, kissing her forcibly on the neck and tried to kiss her on the mouth. After she walked away, Junias made obscene gestures while offering her money to have sexual relations with him. The maid then screamed and got the attention of the National Force, who then arrested him. A Namibian coach who was at the scene—yet did not interfere—will be called to testify.

Olympic officials confirmed his arrest Monday, but could not comment on the particulars of his charges or the investigation underway by Brazilian police.

"Brazilian law needs to be respected and this is something that we have to agree on," Mario Andrada, spokesman for the Rio 2016 Organizing Committee, tells USA Today. "What we need to do is make sure that all the legal procedures are being followed and we understand that they have."

But these two arrests are only the most visible examples of rape culture at the 2016 Olympic Games. Major sporting events like the Olympics almost always come with an increase in forced labor and sex trafficking in the host country. According to Human Trafficking Search, sexual exploitation rose 30 percent in connection with the 2006 World Cup in Germany and 40 percent at the 2010 World Cup in South Africa.

Human Trafficking Search also reminds us that human trafficking can (and will) occur at any point during the Olympics in Rio, especially with the recent rescue of eight teenage girls who were forced to work in a sex-trafficking ring near the Olympic venue.

This incident—and the many other incidents of sexual assault that we may never get wind of—is just the jagged edge of the much larger culture of sexualization and exploitation of women globally. This includes bystanders like Junias’ coach who did nothing as the incident unfolded before him.

It shouldn’t take major events like the Olympics to put what victims endure to the forefront of our laptop screens and smartphones, and despite all the hero-worship thrown at them during the games, male Olympians cannot expect to be immune to the consequences of their hypermasculinity, whether or not they get caught.