Good News Nigeria: The U23 Dream Team Are in Flight (We Hope it’s To Rio) 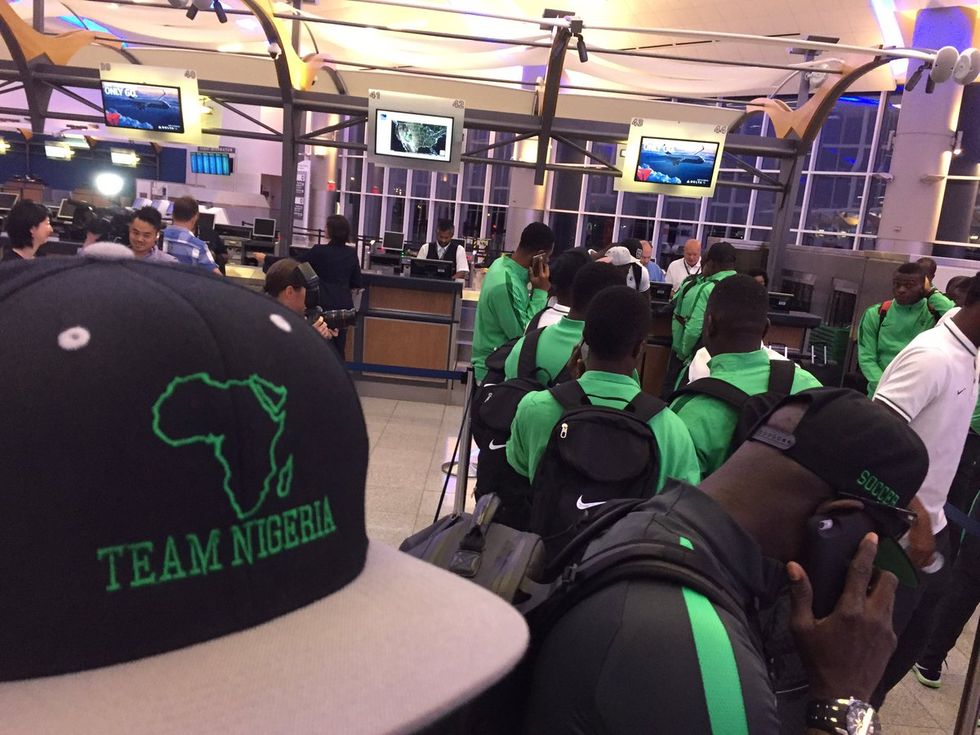 Nigeria's U23 Dream Team will land 13 hours shy of their Group B match against Japan.

After being held up by a payment mixup, the Nigerian football team embarked this morning on their seven hour flight to Rio after Delta Airlines stepped up to charter their plane.

Team media officer Timi Ebikagboro tells BBC that the players were uncomfortable with the size of the initial plane they were to fly in.

“The [Nigerian] government stepped in,” he added. “The players have been assured of adequate medical care on the plane. It’s been challenging but most importantly we will be ready for the first game.”

The Dream Team's Group B opener kicks off 13 hours after they land.

20 years ago, the Nigerian #Olympic soccer team arrived late in #ATL after a travel mixup. They won gold. 1/2 pic.twitter.com/tDGd7HQxJs

This year, another mixup. @Delta stepped up, offered charter, and the Eagles are going to #Brazil. Another gold? 2/2 pic.twitter.com/cWeP0LH3Re

The Eagles are flying to Brazil! #Nigeria's #Olympic soccer team, thanks to @Delta , have a charter to the games. pic.twitter.com/gsAyXq2x3q