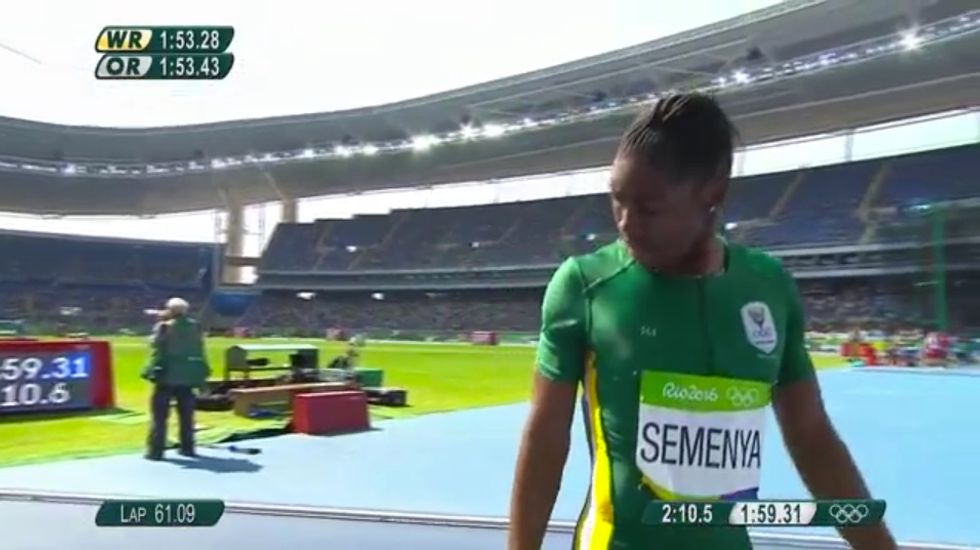 South African middle-distance star Caster Semenya is headed to the semi-finals of the women's 800-metre event in Rio.

Caster Semenya is well on her way to making history at the 2016 Summer Olympics. The South African middle-distance runner cruised past her opponents in round one of the women’s 800-metre event this morning in Rio (this afternoon in SA local time). Semenya finished first in her heat with a time of 1:59.31. Calm, cool and very composed, the 25-year-old track-and-field star from Polokwane made it look effortless.

In the meantime, #CasterSemenyaDay continues.

Caster went for a Jog with the 800m runners and came first, that's our Girl ??? pic.twitter.com/HOh28WH70V

Caster was as relaxed as someone going to the ATM on pay day.

Fo those of you who are waiting for SABC 2 delayed broadcast of race #Caster4Goldpic.twitter.com/mdg1XqN8nH

Congratulations to our own @caster800m Semenya who has won her heat and now qualifies for the next round of the 800m! #Caster4Gold#RSA

So smooth. So relaxed. Done. #Caster4Gold