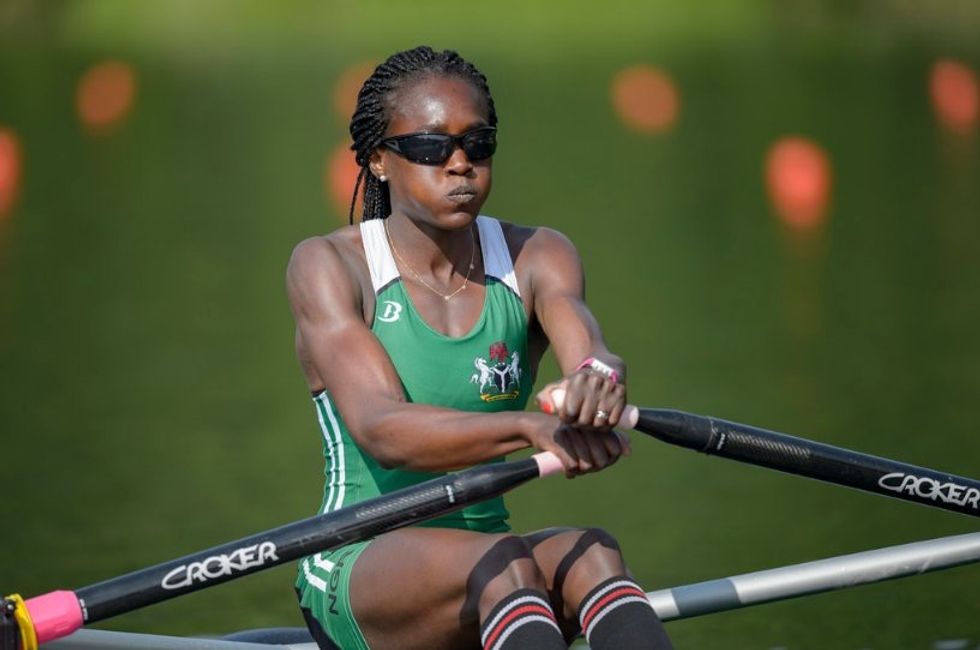 Chierika Ukogu continues to make history at the Rio 2016 Summer Olympics. The 23-year-old Nigerian-American Stanford grad put her dreams of medical school on hold for two years while she was chasing another dream: becoming Nigeria’s first Olympic rower.

The road to Rio was bumpy––and self-funded––but on Saturday, Ukogu made her Olympics debut in the first round of the women’s single sculls. She came in fifteenth overall (out of 32) with a time of 8:35.34, automatically qualifying her for the quarterfinals.

At Tuesday's quarterfinals, Ukogu placed fifth in her heat and 18th overall (out of 24) with a time of 7:54.44, sending her to the C/D semifinals. “Best race so far, so I’m quite pleased,” she tweeted.

The semifinals, originally slated for Wednesday, go down Friday at 13:00 BRT (12PM EST).

We’ll be tuning in, as will much of Nigeria. The country’s first Olympic rower is gaining a steady following. She already has some pretty spectacular fan art.

@cukogu Row row row your boat. Gently down the stream..... Your dreams are valid ma'am. Go for gold!! #teamNigeriapic.twitter.com/pEMI25dS6c

From the looks of it, Rio has been nothing short of a dream come true for Ukogu.

my team is pretty awesome #NGR#teamnigeriapic.twitter.com/EDexk4SW2S

last night was a dream #thankyourio#teamnigeria#NGRpic.twitter.com/VAGXXdgn93

finished 5th today, and onto the C/D semifinal tomorrow. Best race so far, so I'm quite pleased pic.twitter.com/oN7gyrj6cN