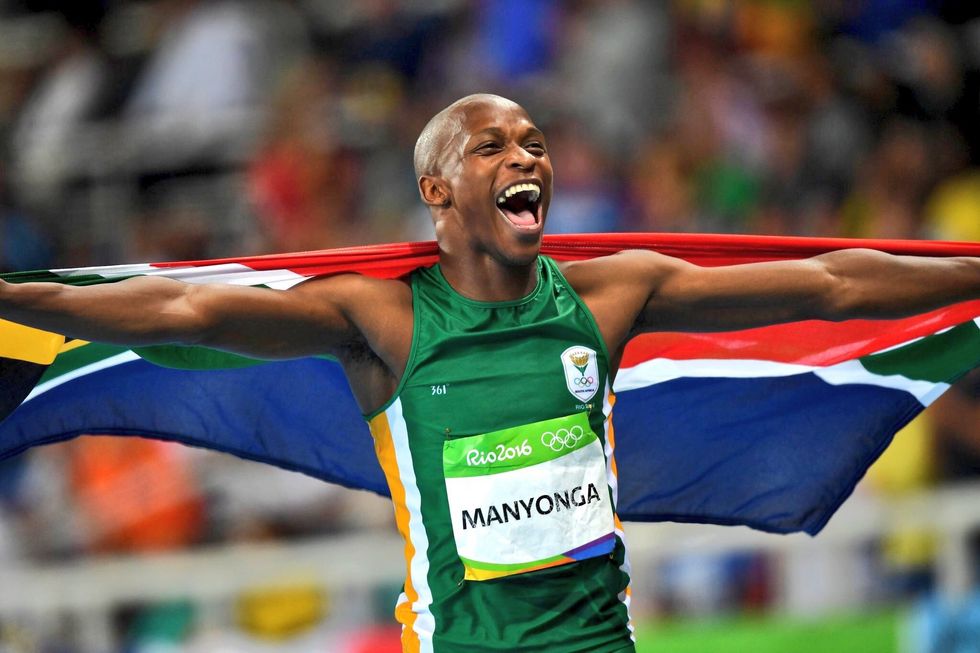 Long jumper Luvo Manyonga leapt his way to South Africa’s sixth medal of the 2016 Summer Olympics. His journey to Rio is the ultimate comeback story.

25-year-old long jumper Luvo Manyonga leapt his way to South Africa’s sixth medal of the 2016 Summer Olympic Games Saturday in Rio. Manyonga placed second in the men’s long jump with a personal best of 8.37m. He was in the lead until American Jeff Henderson eclipsed him on his sixth and final attempt with 8.38. In third place was Great Britain’s Greg Rutherford with a distance of 8.29m, followed by America’s Jarrison Lawson in fourth with 8.25m.

The long jump is an event Americans have historically dominated, with Carl Lewis leading the way with four golds in a row from 1984-1996. Henderson’s win marks the 22nd men’s long jump gold for the U.S. (their first since 2004).

Of course, Manyonga is no newcomer to the world of long jump. His career started off on an exceptional note. The Mbekweni-raised athlete found success early on, placing third at the African Junior Championships in 2009 before taking home gold at the 2010 IAAF Junior World Championships and another gold at the 2012 All-Africa Games in Maputo.

But then things took a turn for the worse. Success and money came with a cost for Manyonga. He began using tik (the South African street name for crystal methamphetamine). In 2012, he tested positive for the drug and was banned from the sport for 18 months.

His issues with the drug continued into 2014. Tragedy struck when Manyonga’s longtime coach and mentor, Mario Smith, was killed in a car accident while on the way to Manyonga’s house. The athlete’s life continued to spiral out of control.

It was during that same year that he began his journey to Rio. In 2016, he returned to competition after a four-year hiatus. (Check out this story on Daily Maverick for a more in-depth discussion of Manyonga's comeback)

"The demons have been trying to pull me down but look at my face ... look at me standing here," Manyonga told SASCOC after the event on Saturday. He also thanked his mom and his five-year-old son, Lindokhule. “It’s too early in the morning SA time to phone them but they’ll be hearing from me very soon,” he said.

Manyonga’s coach had quite the whirlwind day as well. After his Uber car broke down en route to the Olympic Stadium, Neil Cornelius was forced to catch another taxi in a bad part of town and then sprint 2km to catch Manyonga in time for the long jump final. He made it. And after the event, he told Sport24 that there's no limit to what Manyonga can achieve. “I honestly don't want to put a distance on it. If I put a distance on him I'm limiting him. At the moment his potential is limitless," he said.

Could a world record be next? He’ll need to outjump American Mike Powell’s 8.95m, a distance he set in 1991. Until that day comes, Manyonga's given South Africa plenty reason to be proud.

Luvo Manyonga!!! The most inspirational story ever

#LuvoManyonga What an example you're to the youth! We salute your courage & determination.?? https://t.co/6l2crMjRgHpic.twitter.com/AqSP56HvpK

#LuvoManyonga when they're angered by your excellence today, they'll always seek cover under the guise your past! pic.twitter.com/AzlgO7Hq7y

Luvo Manyonga #RSA is beaming with pride! What a champion and a true inspiration! #Silver#Athletics#Rio2016pic.twitter.com/TNvIrf0u7D

A leap to Silver by South African Luvo Manyonga, who escaped addiction to become Olympian https://t.co/KodOROsMYNpic.twitter.com/jp0NFe0CoV

Can't get enough of this incredible achievement of Luvo Manyonga. From battling tik-addiction to Olympic glory ????? pic.twitter.com/bWtd4PV3gv

Well done to all of you at TUKS @hpcRSA@TuksSport for believing in Luvo Manyonga. The country is indebted to you. pic.twitter.com/Ww0TXwo1Xo

#LuvoManyonga: An incredible story of hope & resilience - a story we can relate to & be inspired by as SAns. pic.twitter.com/U5a2gaYYu7

So proud to see #LuvoManyonga flourishing. Those of us who've overcome drug addiction know first-hand the odds of emerging from that abyss