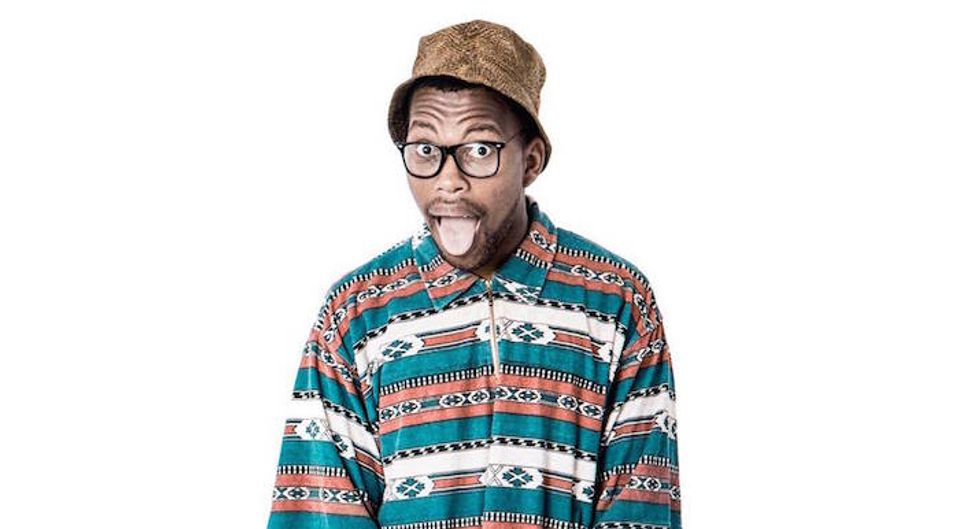 Robin Thirdfloor is making waves in Durban. The rapper recently signed to POST POST Music, an alternative music agency based in Johannesburg. This past Wednesday, Thirdfloor released some new-new, a song called “Rolling Stone.”

In an email to Okayafrica, Post Post explains that the new track sees the artist address his decision to pick music over corporate life. "Questioning what this decision means to his mother, who raised him alone after his father left. He grapples with issues of abandonment and living up to expectations; while drawing parallels between the man he is becoming and the man his mother knew as his father."

Thirdfloor, otherwise known as Simphiwe Nyawose, was born in Umlazi, where he was raised by his mother and grandmother. It wasn't until 2011 that he met his father. He started rapping as an artistic release of emotions pent up from his personal experiences of being bullied. At 16, he recorded his first demo, a project that Thirdfloor describes as “too dark with poor sound quality.”

His EP, Sounds Empty Pockets Make, is a meditation, with dope rhymes and beat, on being broke in an age of increasing consumerism and the peer pressure to keep up. The opening song, “Same Ol Thang,” begins with a dude admonishing Thirdfloor for being so, well - broke. The songs flutters into a sped up high-pitched soul sample that harkens back to that early Kanye. He croons over the chorus:

For me it’s just the same old thang/

Just a young rap dude with a fake gold chain

Late last year he dropped visuals for the track “Starfish (Get'N Faded)” featuring Titen the Moor. Thirdfloor and his crew, rocking graduation gowns, dance on a beautiful beach with the aforementioned waves, champagne bottle and Styrofoam cups in hand.

Keep up with Robin Thirdfloor on Facebook and Twitter. You can catch him along with fellow Post Post artists Moonchild, Elo and Fortune Sumba at the Post Post Summer tour. The final two shows go down 20 February at The Winston Pub in Durban and 4 March in Johannesburg. See below for more details.