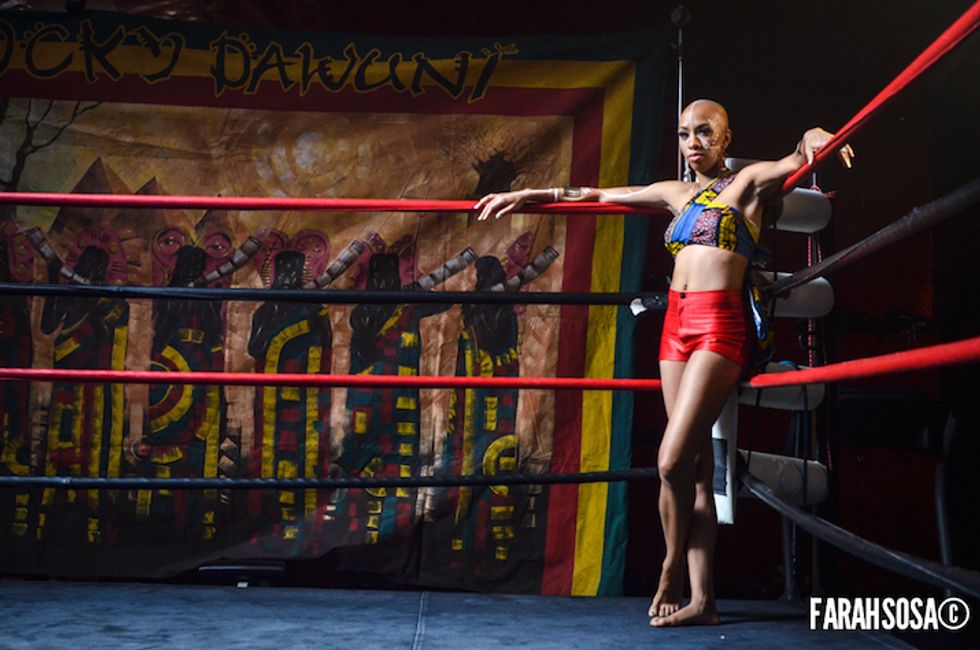 See behind-the-scenes footage of Rocky Dawuni's shoot for "African Thriller," the new single off the album Branches of the Same Tree.

Rocky Dawuni recently dropped the 'Rumble In The Jungle'-inspired visuals for "African Thriller," the lead single off his upcoming Branches of the Same Tree LP. The vibrant music video for the song, directed by Glen Wilson & choreographed by Kara Mack, riffs of Dawuni's reggae, soul and afrobeat influences, as well as the legendary Ali-Foreman fight. The Ghanaian singer talked to OKA about the instances that shaped "African Thriller" for him,

"The primary experience was my personal story of being brought up in Ghana, West Africa," writes Rocky Dawuni. "Coming from a traditional African home and then also spending time in Los Angeles where I had to constantly adjust one culture to the other. Out of those experiences I got exposed to other immigrants, travelers and lots of multicultural connoisseurs with similar experiences. It dawned on me that with each experience you end up being transformed and expand your appreciation and understanding of others.

I originally wrote the song and then tracked it in Accra, Ghana with some of the best musicians in the country and then did some overdubs in Los Angeles. Once the track was done, DJ Jeremy Sole (KCRW) who is also one of my partners in Afro Funke' stepped in to remix and expand on its dancehall vibe. The video for "African Thriller" which was directed by Glen Wilson, choreographed by Kara Mack and produced by Cary Sullivan, captured this approach with the various colors, flags and nationalities jumping in to the ring to confront and harmonize through dancing. It is a positive cultural statement to present the strength and resilience of Africa and it's influence on all cultures. We all come from Africa! Let's celebrate that — jump in the ring and dance!"

Watch Rocky Dawuni's video for "African Thriller" below and browse through Farah Sosa's behind-the-scenes photos from the shoot in the gallery above. Branches of the Same Tree is out March of next year on Cumbancha.