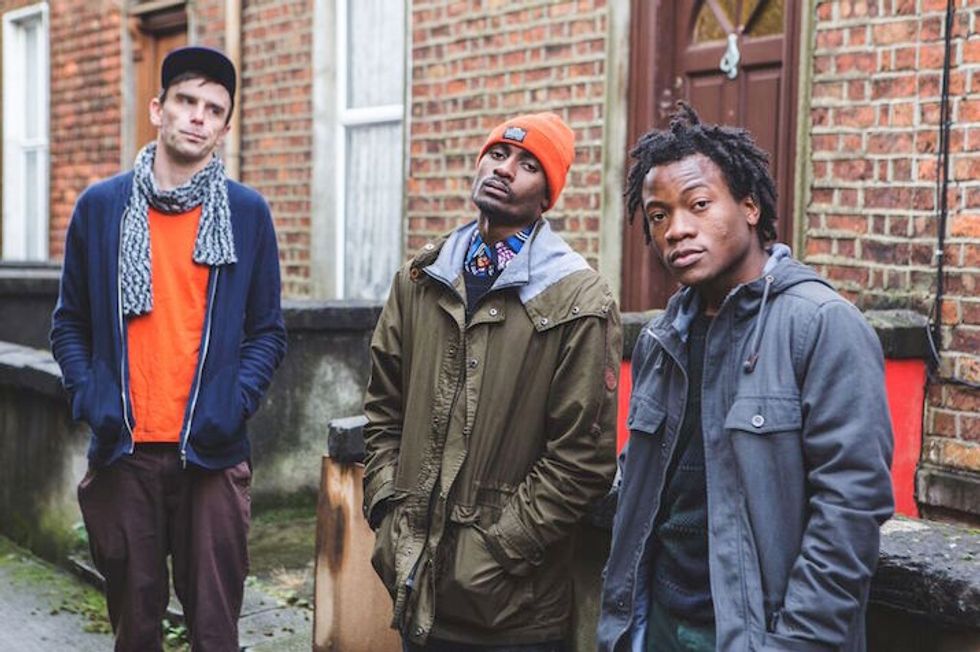 Irish-based grime trio Rusangano Family share their latest music video for "Lights Off" from their new album 'Let The Dead Bury the Dead.'

Rusangano Family—the Irish-based hip-hop trio comprised of MCs God Knows and MuRli and producer mynameisjOhn—put on for their new home country in their latest video for "Lights On."

The music video centers on a guy who’s having a bit of an odd day before he encounters the group performing in a quirky lounge. The visuals show the band members in various spots throughout their hometown, energetically delivering lines in pubs and in the city’s colorful streets over steely, bass-filled production.

Rusangano Family’s new album Let The Dead Bury The Dead is available now. Check out the music video for “Lights On” below.