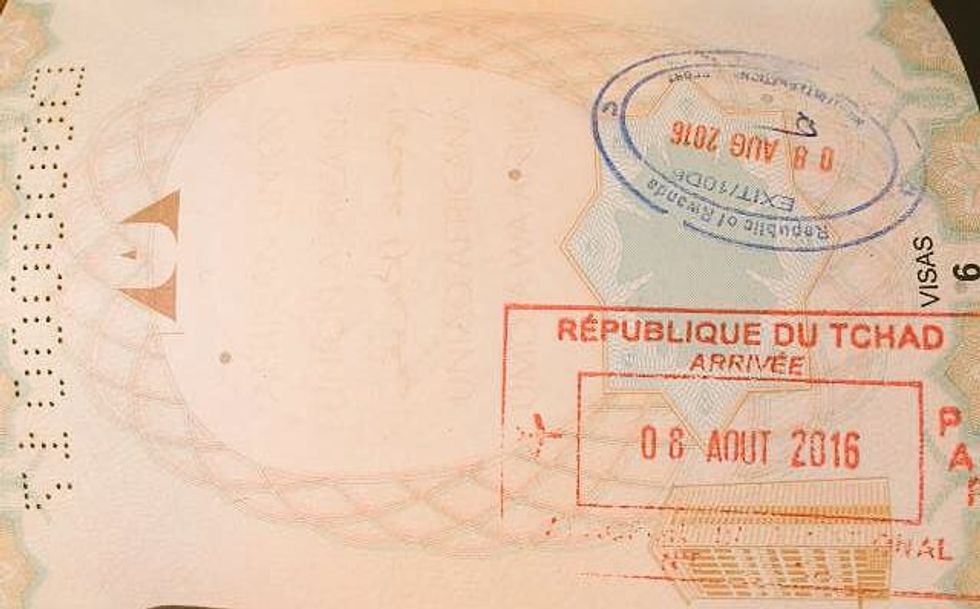 Rwandan President Paul Kagame, one of the first two recipients of the African Union’s new e-passport that launched last month in Kigali, got to use the official document en route to the latest coronation of Chad's president for life Idriss Deby—the second beneficiary of Africa’s new passport system.

While en route to Deby’s fifth swearing-in ceremony held at the Grand Hotel N'Djamena Monday—which has been met with protest—Kagame tweeted this photo of the first stamp in his snazzy, red and gold passport book.

It’s a rare look at the travel permit that is expected to be rolled out to all Africans by 2018, despite only 13 out of the 54 AU countries having access to the required biometrics technology, while others have yet to relax their visa restrictions. It's hoped that the contactless smart-card passports can increase mobility for Africans on the continent as well as stimulate individual countries’ economies through increased trade and cooperation.