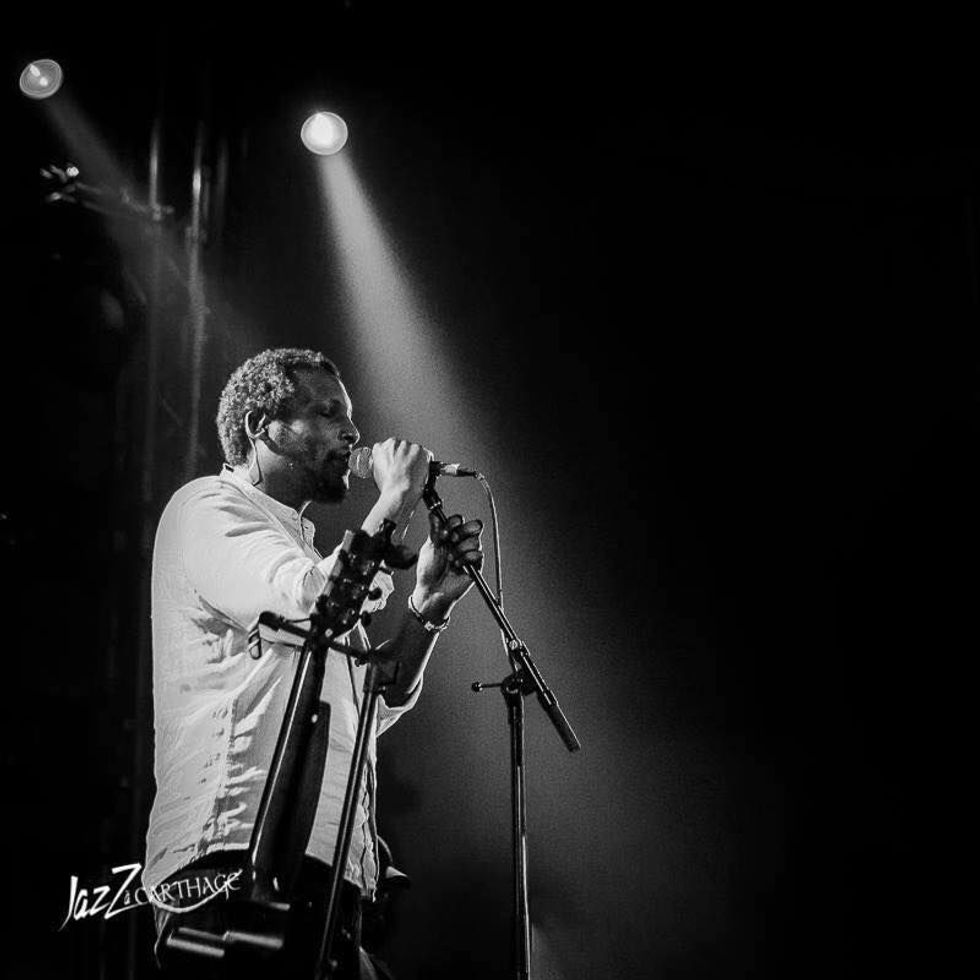 In Tunisia, the very few black celebrities who dare denounce racism are bullied by authorities. Slah and Sabry Mosbah are two of them.

Following a car accident with a military van, the popular Tunisian singer Sabry Mosbah was thrown in jail for “attacking the dignity of the army."

After being released he started considering exile, as it was the only way to escape racism in Tunisia. Unfortunately for him, it was just the beginning of his legal troubles. He called out a former Minister of Culture for plotting to put him in jail and, as a result, the minister pressed charges against him.

What was his father Slah Mosbah's crime? Openly calling out racism in Tunisia.

Slah Mosbah is a famous Fan Chaabi singer, a musical genre influenced by Tunisia's rural regions with origins that can be traced back to Bedouin music. He rose to fame with "Yamma Lasmar Douni" in 1991, a song in which he laments the prevalence of racism in Tunisia. The song is a cover, as it was originally written to celebrate the abolition of slavery in Tunisia in 1846.

Slah Mosbah frequently called out racism in Tunisia. And he payed the price for it.

Sabri Mosbah's wife, Saadia Mosbah, is one of the most prominent anti-racist activists in Tunisia. She created the charity M'nmety, which organizes sit-ins and demonstrations to fight against racism. She's been recently attacked by the police along with her son, Sabry.

In Tunisia, the very few black celebrities who dare mention racism are bullied by authorities and lose public funding and support, like the paralympic athlete, Soumaya Bensaid, or the slammer Anis Chouchène, who's famous for his poems denouncing discrimination.

The history of Black Maghrebis is long and complex. The black population living in the region arrived through the Arabic slave trade. In Tunisia, it's estimated that they are between 10-15% of the population, although no ethnic statistic is officially available.

It's an invisible minority trying to not cause any fuss in a country where segregation is still very much alive and where black people are still considered foreigners in their own country. As a result black Tunisians, in order to survive, have made the choice to “keep it to themselves" and organize themselves in communities mostly located in the South of Tunisia.

Of course, sub-Saharan migrants are also on the receiving end of the notorious negrophobia in Tunisia and are regularly victims of racist assaults. Last year, three young men of Congolese descent were stabbed in Tunisia during a vicious knife attack. Why? Because of their skin color.

Black Tunisians are, however, fighting back. They include people like Maha Abdelhamid, an academic who created the first association for black Tunisians, called ADAM.

In this context, having a famous singer like Slah Mosbah who, despite having so much to lose, isn't afraid to fight for his community, is a relief. Seen in Maghrebi countries as a griot (African storyteller), he's fighting to not be put in a box as the “convenient black singer." When confronted with racism in Tunisia, people would say “but we have a singer like Slah Mosbah," instead of admitting the elephant in the room.

With a nearly 40-years career under his belt, Slah Mosbah doesn't see himself as particularly political. But he knows he's discriminated against in his work when he opens up about racism, fully aware that had he been white, he wouldn't have to speak up about racism and thus wouldn't have been targeted by the government. Various controversies, as well as stints time in prison have plagued Slah Mosbah's career

His son, Sabry Mosbah is taking over his fight.

Sabry grew up influenced by his father's music and, naturally, followed his footsteps. He began his career as a solo writer in Tunis in 2005, before working with the Tunisian slammer Hatem Karoui and forming the musical duo, KIF KIF, with him in 2010.

When the duo disbanded, he released his first solo album, ASSLY (“My Roots"), which was inspired by funk, blues and Tunisian folk music. In that album, Sabry proudly defends the diversity of his roots: he is a black Tunisian, inspired by the music from his country and from foreign nations as well.

Sabry is also well-known for his modern pop and jazz covers of classic Tunisian songs like "Wadoouni ya lebnét" and "Masi'T." He sings in French and Tunisian Arabic; his versatility and talent have made him popular across the country. Sabry's not as outspoken as his father, but fighting against racism remains a priority for him. At a recent gig he played for the Jazz Cartage music festival this year, he shared the stage with American singer-poet Akua Naru, whose writing takes a strong stance against racism and towards equality.

Sabry's dad, Slah Mosbah is still very much active as a singer, touring all over Maghrebi countries. But he's weary, sick and tired of having to fight for a community to be acknowledged in their own country. While not as outspoken about racism, Sabry's growing popularity is a breath of fresh air in Tunisian pop music, a space where black Tunisians are often not seen.

What's next for black Tunisians? For Slah Mosbah and his family, the fight to be treated as equals in a society that keeps denying their existence has to continue, through music, art and activism.