Salome Karwah, Heroic Ebola Fighter and "TIME Person of the Year," Has Died 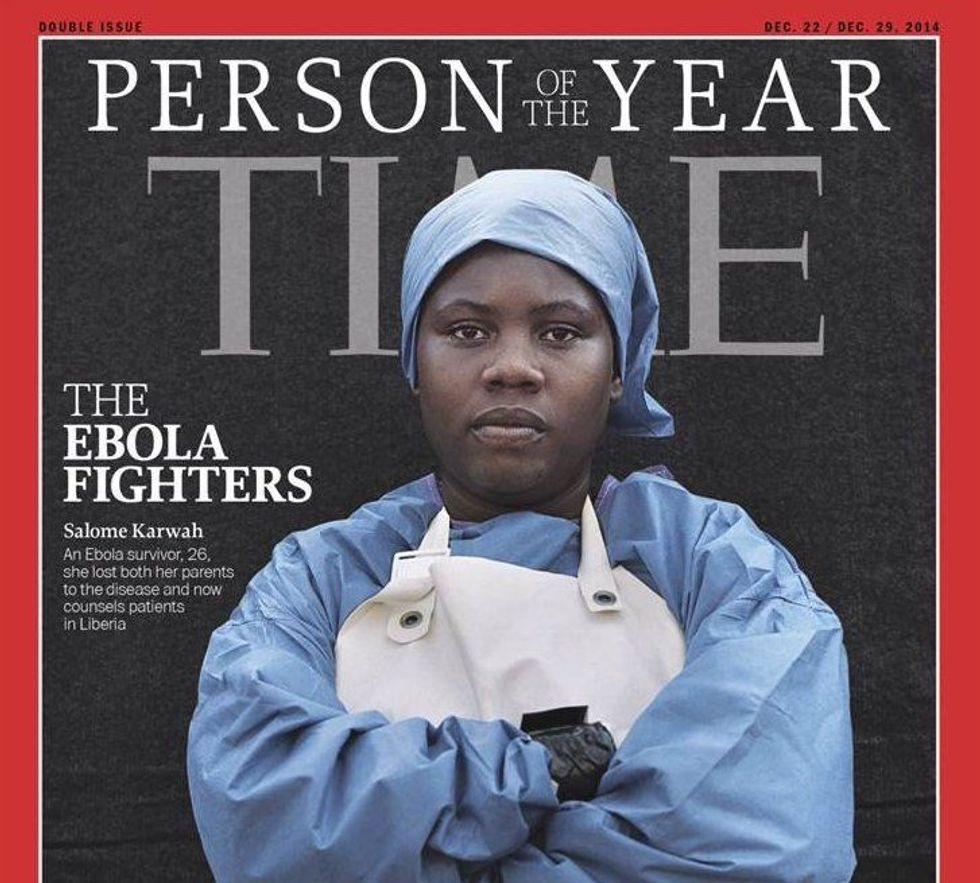 Salome Karwah, a heroic Ebola fighter and a 2014 "Time Person of the Year," passed last Tuesday due to complications during childbirth.

Salome Karwah, a heroic Ebola fighter and a 2014 "Time Person of the Year" passed last Tuesday due to complications during childbirth.

Karwah was one of the few survivors of the 2014 West African Ebola outbreak. The disease rampaged her hometown in Liberia, claiming the lives of most of her family members, yet, miraculously, Karwah, her then fiancé and her sister all survived.

After surviving the disease—and therefore becoming immune—the nurse dedicated her life to helping eliminate the disease. She provided intimate, hands-on care to those affected. “I can do things that other people can’t. If an Ebola patient is in his house, and his immediate relative cannot go to him, I can go to him. I can take [care of] him, ” she said.

Karwah died on February 21,  just three days after giving birth to her fourth child. Following the birth, Karwah suffered from convulsions. Her sister, and fellow Ebola fighter, Josephine Manley, stated that the cause of the seizures was unknown, but they were thought to have come as a result of complications from surgery.

Manley told Time, that after being rushed to the hospital Karwah's " foaming mouth and violent seizures panicked the staff. They said she was an Ebola survivor. They didn’t want contact with her fluids. They all gave her distance. No one would give her an injection.”

Her death has sparked larger conversations about the consequences of  health system failure and the ongoing stigmatization of Ebola survivors.

Karwah's selfless determination helped heal a nation, and her profound bravery will not be forgotten.

Update 2/28/17: Family and friends have now created a GoFundMe page, to help support Karwah's newborn and her three other children. You can donate here.

Salome Karwah, a Liberian nurse who survived Ebola, passed away from pregnancy complications this week. Rest in power. pic.twitter.com/3r6PzemFjV