Salon Style: Expressions Of The Diaspora Through Hairstyles & Nails 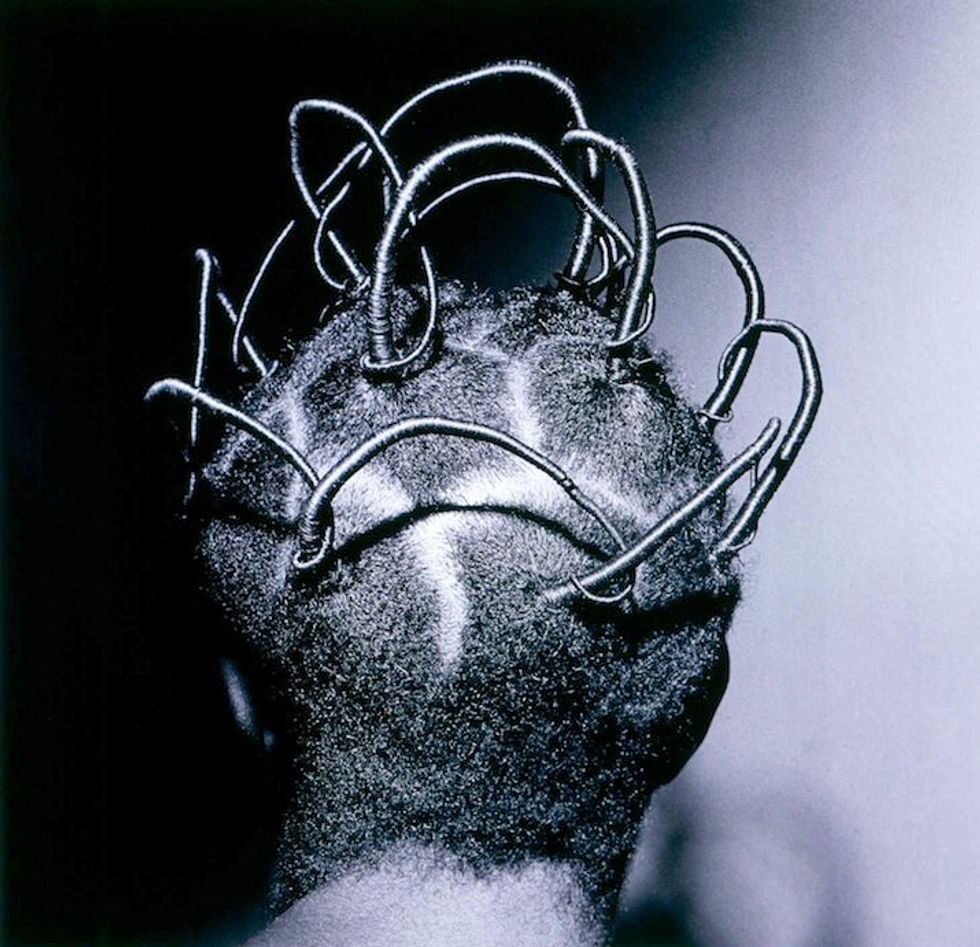 'Salon Style,' a new exhibition at The Studio Museum in Harlem, looks at expressions of the Diaspora through hairstyles and nails.

On the right day in New York City, if you leave the A/B/C/D train station on 125th street with even the faintest amount of natural hair showing, you can pretty much expect to receive at least a few propositions for African hair braiding services.

Fittingly, along this same strip, you can also now view an exhibit at The Studio Museum in Harlem that showcases expressions throughout the diaspora as told through hairstyles and nails. A complex intersection of politics, consumption, and creativity, Salon Style brings together artists exploring these various touch-points through multiple mediums.

Lipstick Building by Beninese artist Meschac Gaba stands as a veritable tower of braids and ingenuity that conjures an image of blindingly deft contemporary fingerwork, while Ogun Pari by the late Nigerian photographer J.D. 'Okhai Ojeikere feels afro-futuristic in nature - showcasing a hairstyle that reads as a cosmic transmitter for its wearer's individuality.

A photograph by renowned Malian portraitist Malick Sidibé shows three young women looking away from the camera– two with seemingly complex hairstyles in place, and the third with her head covered with a black head-tie. The viewer might wonder if she's between hair appointments– preserving the sanctity of her do for a hip function later that evening– or if perhaps the head-tie was her preferred style choice in and of itself.

The timing of the exhibit is auspicious, not just for the readily apparent political moment and dialogue in America surrounding the humanity of black bodies (or the perceived lack thereof), but for existing at a time in which headlines exist like "The TSA Will Stop Singling Out Black Women For Hair Searches." In 2015, black hair in its natural form still stands as a site of resistance, even if its express purpose and wish is simply to "be."

Salon Style is on view now at the Studio Museum in Harlem through June 28, 2015.

Shaun Anthoney Redwood is a writer and producer based out of Brooklyn, NY.