Santi Has the Nigerian Dancehall Jam You Didn't Know You Needed 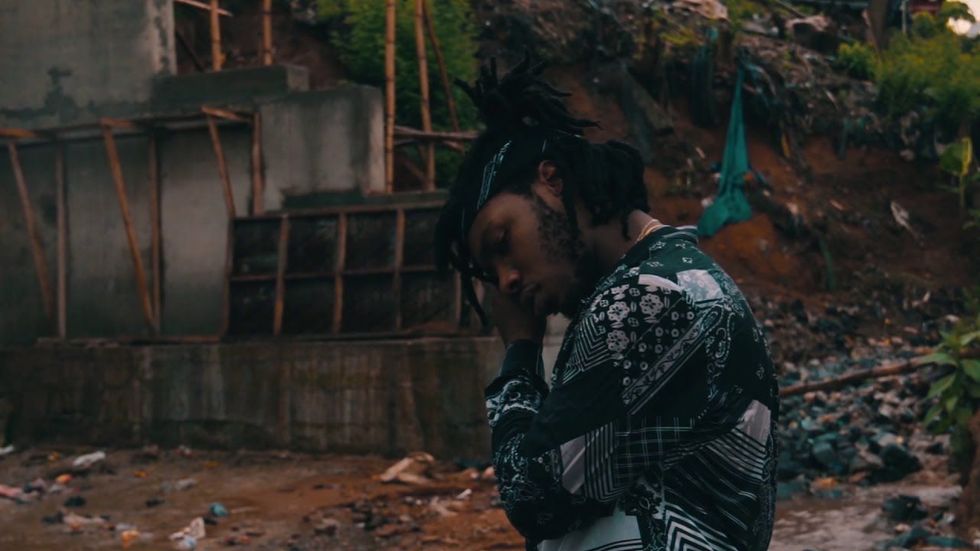 There are a plethora of artists emerging from Lagos’ ever-growing music scene, but few are delivering music that sounds as refreshing as Nigerian artist Santi’s (also known as Ozzy B) latest song “Gangsta Fear.”

The track—which also features afro-fusion artist and producer Odunsi—blends dancehall, afrobeats, and mellow, '90s-tinged hip-hop production to deliver a laid back tune that is sonically distinct from what we’re used to hearing from many of today’s Naija artists.

The music video is just as unique. Ozzy B successfully avoids Nigerian music video cliches by offering a clip that's thoughtfully crafted and reflective of a side of Lagos that is rarely shown. The fact that it’s shot in the actual city, is in itself a departure from the afrobeats norm of outsourcing video production to the UK.

The video’s lurid texture and chilled-out vibe reflect Santi’s version of Lagos— one that’s relaxed, slow-paced and notably different from typical portrayals of the city.

Artists like Santi and Odunsi are creating a new wave of genre-bending Nigerian music that we can’t wait to hear more of.