Sarkodie Teams Up With Ace Hood For 'New Guy' 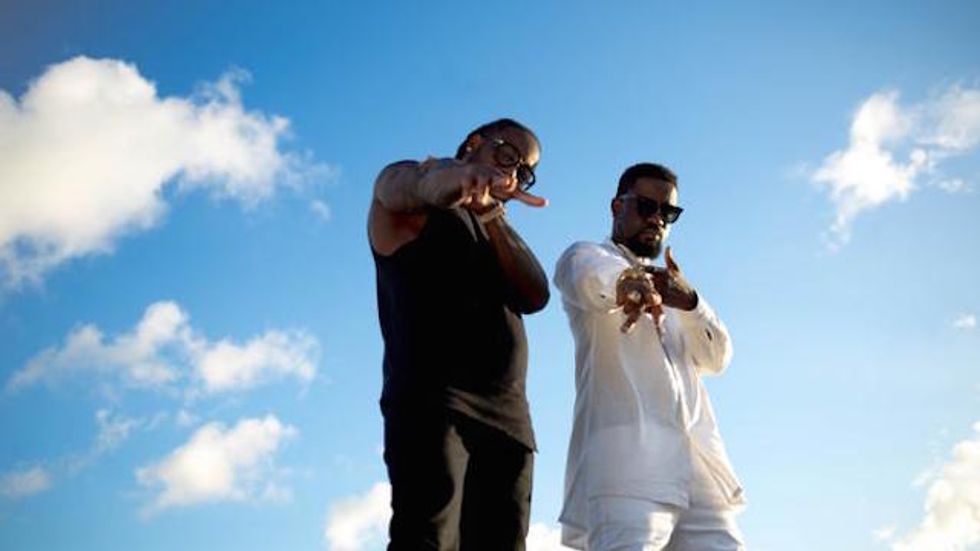 Ghanaian star Sarkodie and Florida's Ace Hood, the man behind "Bugatti" and several other booming rap singles, connect in Miami for "New Guy." The track sees "Africa's fastest rapper" and the DJ Khaled signee trading verses over an ominous Ced Solo-produced beat built on warped-out synths and military drum rolls. It looks like the two will be dropping a music video for the collaboration soon also, as can be seen in a preview of MTV Base's A Day In The Life: Sarkodie.

The Ghanaian rapper, who's currently a nominee for BET Awards' Best International Act: Africa, is set to drop his new full-length album Mary in the coming months (it's a safe bet that "New Guy" will be on it). Sarkodie recently took on his country's power outage crisis in the Fela Kuti-sampling "Dumsor." For more, revisit our Okayafrica TV: Afrobeats At SXSW feature with Sarkodie, Ice Prince, Davido, R2bees, and more. Download Sarkodie and Ace Hood's "New Guy" below.