Sarkodie Goes To Church On The 'Adonai (Remix)' With Castro 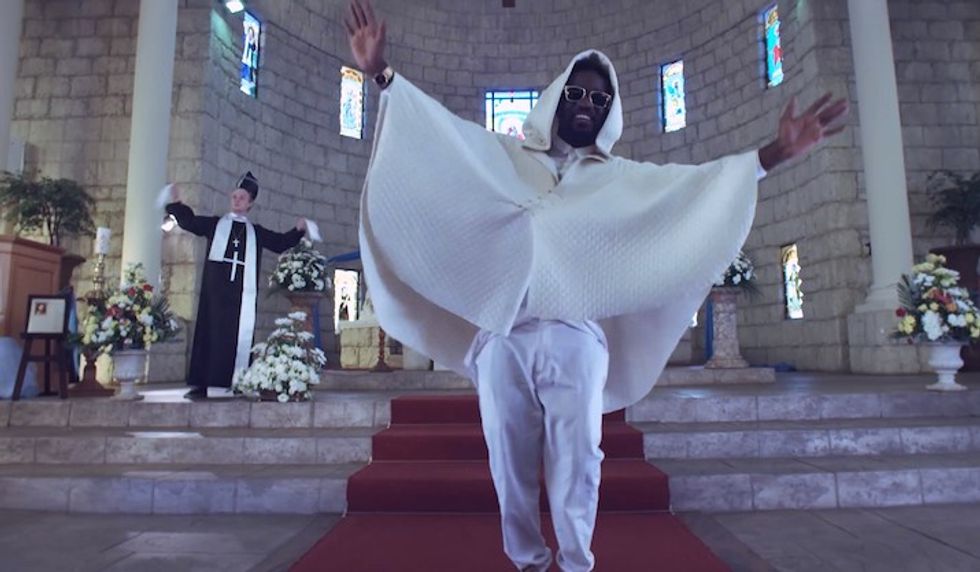 Ghana's Sarkodie goes to church in the video for the 'Adonai (Remix)' featuring Castro.

Just a week after being crowned the continent's Best Hip-Hop Artist (according to the MTV MAMAs), Sarkodie proves once more why he's Ghana's reigning rap king. With Castro (aka Castro De Destroyer) on the hallelujah hook, Sarkodie crafts his own feel-good take on "Jesus Walks" on his religion-dressed latest, a remix of Sarkology's mid-tempo "Adonai" featuring SK Blinks. The second coming of the song is a pounding, synth-driven testament, nearly unrecognizable from the mid-tempo original. Shot in an undisclosed location in South Africa, the Nana Kofi Asihene-directed video adds further religious zeal to the flame. Watch the Yeezy-esque visuals below.