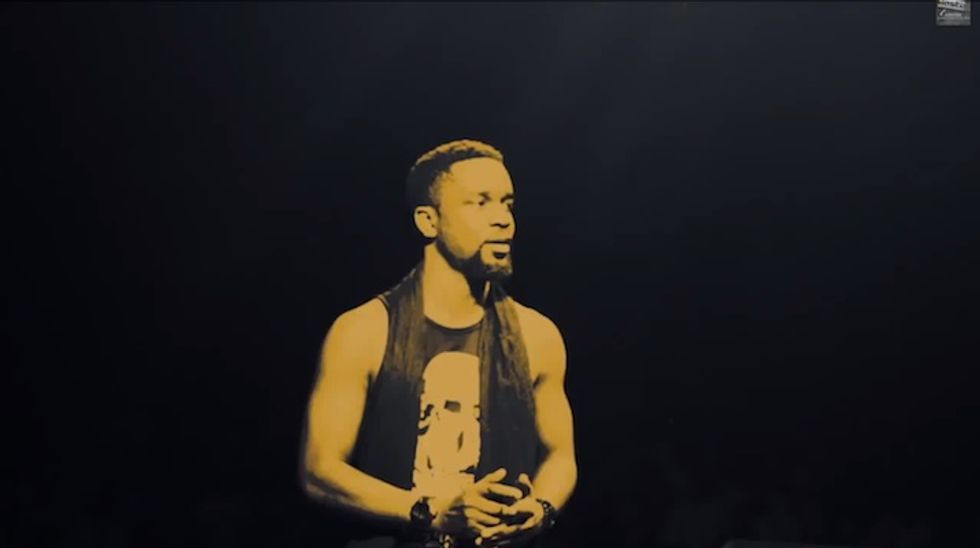 Sarkodie shares the new music video for "SarkNation," a thank you to his fans after selling out NYC's Apollo Theater.

Ghanaian superstar Sarkodie recently touched down in New York City for a sold out show at the legendary Apollo Theater alongside Banky W, Samini, E.L., Shatta Wale, The Compozers, Kwaw Kese, Bisa Kdei, and others. The new music video for "SarkNation" plays like a celebratory lap featuring live shots from that recent Harlem concert as Sarkodie thanks his "numerous fans worldwide and those who attended the History In The Making concert" in NYC. Watch Sarkodie's new visuals for "SarkNation" below and check out some of our own Okayafrica instagrams from the night underneath.