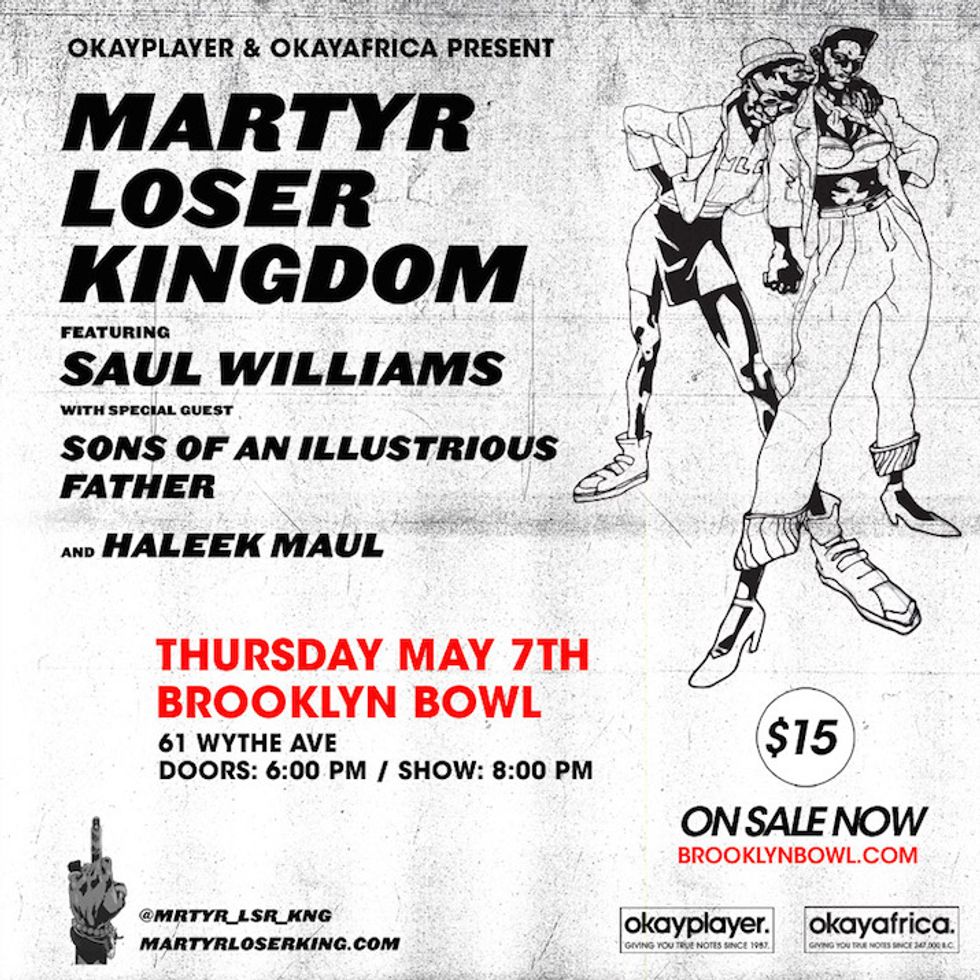 Okayafrica and Okayplayer are excited to present Saul Williams' upcoming Brooklyn Bowl show in support of his sixth, self-produced full-length MartyrLoserKing. Written and recorded across Senegal, Reunion Island, Paris, Haiti, New Orleans and New York, Saul Williams' upcoming LP is described as a multimedia work that presents a digital conversation between the First and Third Worlds, and their respective street sounds.

“In Senegal, I was buying iPhones for $20, Beats for $10, because they get all the influx from China, with no regulation,” Williams explains in a press statement. “So everyone’s online. Everyone’s high tech.” The poet and musician also cites Beyoncé, Fredo Santana and Haitian field recordings as some of the eclectic influences on MartyrLoserKing.

Catch Saul Williams live at Brooklyn Bowl for his MartyrLoserKingdom concert alongside Haleek Maul and Sons Of An Illustrious Father on May 7. For a taste of what's to come check out his new single "Burundi," a song that focuses on the Southeast African nation's coltan trade & black market networks, below. Enter for a chance to win tickets to the show over at our Facebook page.